Slovak hair stylists came out on top of 44 countries at the the 70th year of the worldwide creative hair styling competition. 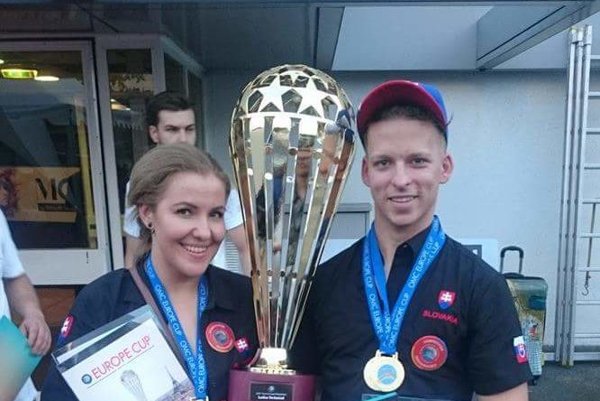 The two day competition, Europe Cup - although including countries from all over the world, by OMC Hairworld  has been held since 1946. Among hair stylist from 44 countries, who met in Paris, this year Slovaks joined the event and succeeded in a number of categories.

According to the competition rules, the points of the two best competitors from one country are counted together for team points, thus Slovakia was ahead of France, China, Hong Kong, Sweden, Russia and others. 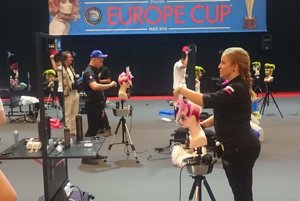 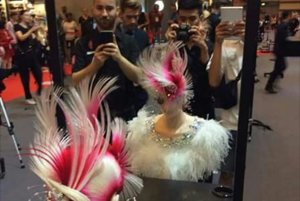 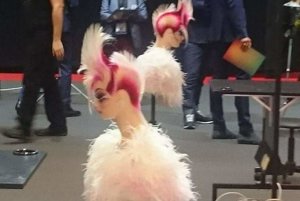 “We have obtained our dream degree,” Stroková told the Slovak Spectator, adding that this was the first time that she has participated in the competition.

Stroková and Kasumovič had just 15 minutes to execute a day style and 30 minutes for an evening one.

“The time limit of 15 minutes is very stressful,” explained Stroková. “In the last days before the competition we were training with a stopwatch. It is possible when beginning to comb this hairstyle just for 1 to 1.5 hours. However in competition it is going about what you can do in 15 minutes. And we managed it. The hair was coloured specifically for the haircut; it was completely made-to-measure.”

They had everything prepared in advance as these kinds of hairstyles are in the process of being created for months. Their formation was helped by coach Joachim Wolf who trained them in Germany, she said.

The jury evaluated the hairstyle itself, purity of work, inventiveness and complexity.

However, none of hairstyles which were created in the competition are suitable for everyday wear.

“This competition is like university,” said Stroková, “you learn things that aren’t usually used in ordinary hairdressing, but thanks to that you can handle everyday things easily.”

Hairstyles from the competition are premeditated to the last hair, including the colour, according to her words.

“We colour heads several times,” she explained, adding that just the cutting itself lasts two days.

“It is a big challenge to make it in a way that even the most difficult hairstyle is possible to get in 15 minutes,” Stroková stated, “And that’s what I like about it.”

The Slovak team participated in the World Championship this March in Korea, where they placed fourth.

At the Europe Cup, they also competed together with their colleague from Nitra, Michal Chovanec, who ranked fourth place for wedding hairstyles.

Thank you for singing up. Shortly an email will be sent to the address you provided to verify your e-mail.
Error! Please try to register again later, your e-mail was not registered.
Your email is not in a correct format.
Please confirm you are not a robot.
Share on Facebook (186)