There is high demand for offices in the business zone. 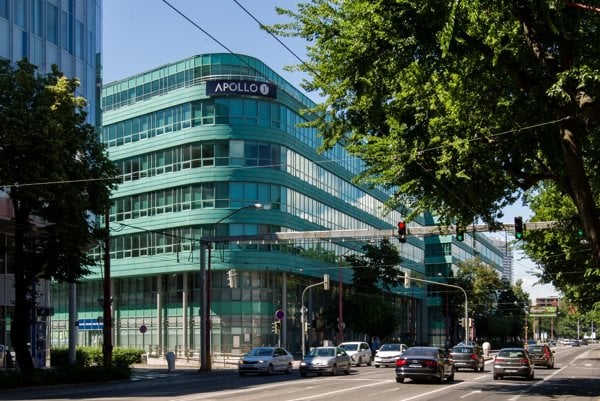 Bratislava is experiencing a boom in the office real estate business. This is proven also by new construction of administrative centres that has been re-drawing the current borders of the so-called central business district (CBD), real estate consultancy company CBRE points out. It sees the favourable economic situation on the global as well as Slovak market behind this development.

The most lucrative place for offices in Bratislava is the Old Town where is located Carlton, Park One, Astoria, Zuckermandel and in the future also Vydrica. Another lucrative zone is Central Business District (CBD) consisting especially of buildings of the Apollo Business Centre, BBC and Forum BC.

Projects of Panorama Business II and III, Čulenova, Twin City Tower, Cvernovka or vicinity of the bus station Mlynské Nivy will extend the current business district. Offices in CBD currently make up 19 percent of the office market in Bratislava. While the original CBD amounted to 80 hectares, after new projects are completed, it will double to 160 hectares.

“Firms are pressing into the town; localities in the outskirts of the city are not interesting for them any more,” said Oliver Galata, head of office agency at CBRE in Slovakia.

The consultancy company estimates the vacancy rate in the office real estate market at about 7 percent, while experts expect its further decline.

“If there was space for tenants in the past, now it is space for developers,” said Galata. “Simultaneously, clients know that if they are not fast enough, they will not get the wanted space because almost all projects are sold out.”