The Supreme Audit Office (NKÚ) will review the construction of the D1 crossroad Triblavina and its changed design. 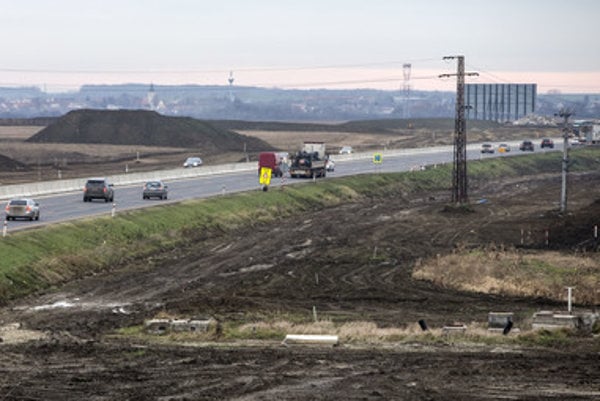 The audit office explains it is only responding to a motion it has received, the Denník N wrote on September 22. The project has been changed several times; and the Bratislava Self-Governing Region, for example, claims it are not in compliance with the zoning plan. NKÚ wants to focus on the methodology of planning and financing the project.

Moreover, activists representing the petition for re-building the D2 highway Bratislava - Trnava with parallel collectors and the construction of Triblavina junction in compliance with the licences issued in 2013 plan a protest/educational event for September 27. They want to warn the public that the situation of Triblavina is still not considered a victory and even after the most recent solution of NDS, a road collapse threatens the Slovak capital, the TASR newswire wrote.

Activists question the sincerity of the information published by NDS at the end of June, which claim the construction will have the original concept 3+2 – meaning six lines and parallel collectors on both sides of the highway. Representative of the petitioners pointed out they had not received any project documentation yet.

In its reaction, NDS pointed out that based on their request, the Transport Research Institute in Žilina is preparing a transport-capacity expertise which NDS will evaluate and then, in cooperation with Transport Ministry, elaborate further steps.

Activists also repeatedly point out that close to Bratislava (Bernolákovo, Ivanka pri Dunaji), more logistic parks shall be built, while also civil development is expected to grow. “However, the issue of growing traffic load connected with this is not being solved, though,” Kratochvílová said, as quoted by TASR.

Thus, activists sent a call to Transport minister Árpád Ersék (Most-Híd) to cancel the changes to the D1 and continue the building of Triblavina junction according to the project originally approved. They also want to meet the minister personally and to spread information and public education among citizens in Chorvátsky Grob, Bernolákovo, Svätý Jur and other municipalities who cross Vajnory and Ivanka pri Dunaji on their way. On September 27, they plan to distribute leaflets about why collectors are needed and why they insist on the original solution of their construction.

NND announced it would build Triblavina according to the original design, yet the Bratislava Self-Governing Region warned that NDS wants to build collectors only on the section between Bratislava and Triblavina but in other parts, there will be no collectors, but rather arrival lanes to the highway.