The activists from Slovensko.Digital would like to show how they imagine the future of eGovernment. 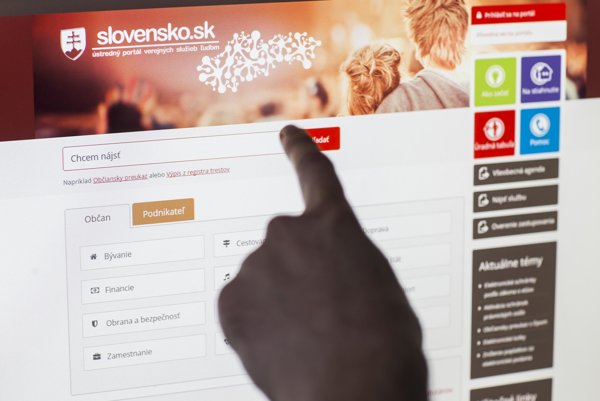 Experts on information technologies from the Slovensko.Digital platform have launched a website from which new digital services for citizens and entrepreneurs should emerge.

With the use of state data and systems, the company would like to show how they imagine the future of eGovernment. State IT services have been under fire for their inefficiency and low added value for a long time, the platform says. Moreover, it often takes years to complete some projects and the resulting effect is puzzling, to say the least. It looks like the state has lost the motivation to provide top-notch services and to keep improving them, the TASR newswire reported.

Experts from the platform are convinced that one of the keys to better digital services is increased competition.

“If a person becomes dissatisfied with their bank, they can go to another bank,” said Ján Suchal of Slovensko.Digital, as quoted by TASR. “But where should a person go when he dislikes what services are being offered to them by a cadastre or [state social insurer] Sociálna Poisťovňa?”

The state should not strive to do everything and behave in a monopolistic way when it comes to state services, the association claims. It should, instead, create conditions in order for better services to emerge on the market, so that people can choose which one serves them best. This trend is called ‘state as a platform’ abroad.

The platform launched the Ekosystem.Slovensko.Digital website in which it publishes public data and access to existing state services. It would like to create new services for citizens and entrepreneurs as well as to create scope for the IT community to develop innovative apps, TASR reported.