Market of technological goods up

Online sales rose at the same tempo as offline sales, while prices grew especially in the latter. 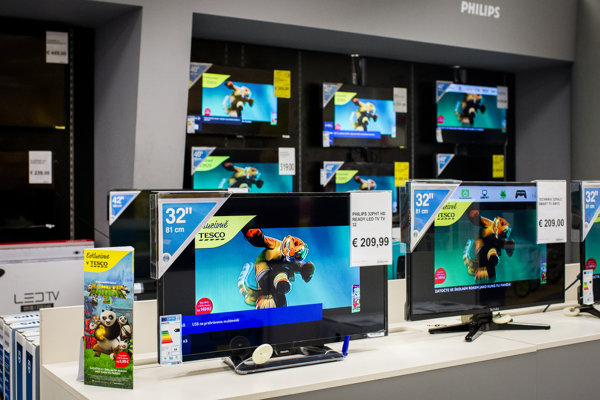 The technical consumer goods market in Slovakia grew in the second quarter of 2016 by nearly 12 percent annually. It was affected by growth in nearly all sectors, except photography, which reported a drop of about 17 percent.

On the other hand, telecommunications reported the highest annual growth, at 25 percent, the TASR newswire reported, referring to the GfK survey.

The consumer electronics sector increased by 14.9 percent year-on-year in the second quarter of 2016. Sales of TV sets rose significantly, particularly thanks to interest in purchasing 40-inch and bigger TVs, which rose by nearly 22 percent y/y. Also the set-top-box segment grew, TASR reported.

The two biggest segments of this sector, i.e. washing machines and refrigerators, increased by 7.2 percent and 9.6 percent y/y, respectively.

Online sales rose at the same tempo as offline sales, while prices grew especially in the latter. The average prices increased in all product groups, especially due to higher interest in more expensive goods.

As for IT technology sales, these grew by nearly 4 percent y/y, mostly due to a rise in the sales of notebooks (9 percent) and touchscreen models (13 percent). Regarding monitors, customers preferred devices with bigger screens (24 inches and more), TASR wrote.