Kláštor pod Znievom is a small town lying in central Slovakia, in the historical province of Turiec. Its name recalls the time when “the great history” was written here. 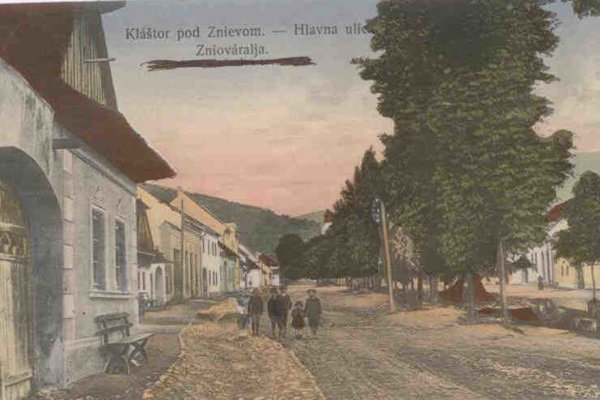 The castle Zniev, also called Turiec in the past, was the first to be built here. In 1241, its strong walls became refuge for King Béla IV of Hungary who was fleeing a battlefield near the Slaná river. There, the king took part in a tragic clash between Tartar invaders and, as the Hungarian army suffered a crushing defeat, even Béla’s life was in danger. However, the king did not feel safe even at Zniev Castle and fear drove him further south, where his desperate escape ended on a Dalmatian island. After the Tartars left, Béla returned to Zniev together with his family and, with some breaks, he stayed there for the next eight years until 1249. Zniev saw its most glorious era as one of the castles of central royal power at that time.

The first word in the name of the town, “Kláštor”, means monastery – a Premonstratensian one, dating back to the 13th century.

The town itself is connected with a tragic event from 1666: dissatisfied town inhabitants opposed the decision of the landlord to demand obligations from his subjects without limitations, and they paid dearly for their resistance. Their mayor was punished for disobedience with a prison sentence and three more burghers were even less fortunate. Palatine Wesselényi sent his secretary to the town, together with a military escort, and he acted as the people in power usually did in the 17th century: on April 3, 1666, the three burghers were beheaded, as ordered by a superior named Ruttkay. The bloody warning worked well and one week after the execution, nine inhabitants came to Ruttkay’s residence to pledge obedience and loyalty. Thanks to their demonstration of submission the conflict ultimately ended without further victims, but the rebels lost their cause.

Disputes between lords and towns usually did not have as dramatic a course but in the case of the disobedient Zniev citizens, other circumstances played a role, such as the acute Ottoman threat and increasing number of raids by robbing gangs. In turbulent times, even otherwise tolerant lords resorted to bloody solutions.

This coloured postcard comes from 1925. The house on the left is noteworthy as it probably belonged to some wealthier citizen. The wagon entrance was closed with an elaborate wooden gate. Thanks to the bench under the windows, house residents kept track of everything that was going on in the town.