The Legacy of Charlemagne exhibition at Bratislava Castle depicts project Europe in the early Middle Ages. 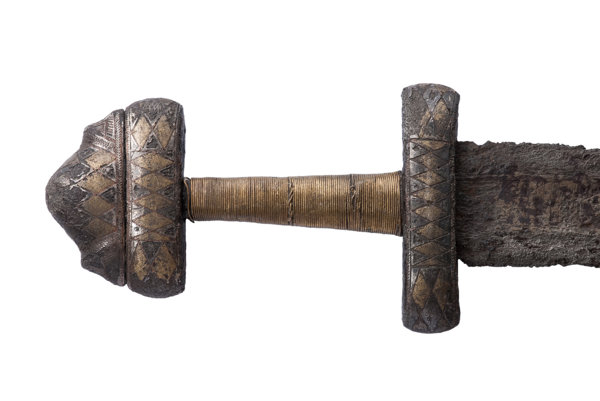 Subtitled as the Early Middle Ages, the birthplace of European Culture, the project is a follow-up to the Cradles of European Culture public display and has already been presented as two large exhibitions, in Belgian Ename and in Prague, as well as at several smaller ones – in Ravenna, Montmajour and Ljubljana.

A large number of the artefacts appear at all the exhibitions but a small part is always dedicated to local findings, history and culture. In the History department of the Slovak national Museum (SNM) at Bratislava Castle,  findings from Nitra and its vicinity have been displayed within the wider context of European history and central Europe as an area has been spotlighted. 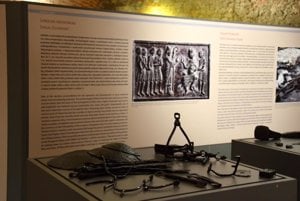 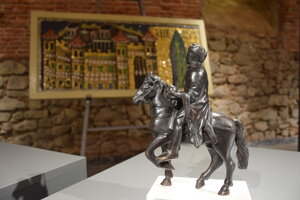 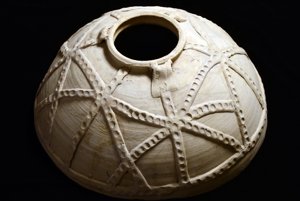 The very name of the exhibition reveals the age of the exhibits, dating back to times when Europe as a whole came into being. It strives to inspire visitors to consider the potential connections between this era and the present and to search for parallels. It also tries to present cultural heritage as something topical and alive which needs more than just physical conservation and care.

The exhibition is divided into several parts which focus on different areas, for example religion, languages, trade within the continent, etc. It seeks to encompass the concept “unity in diversity” which is the motto of the European Union. The section on religions shows the ancient coexistence of several great religions – including Islam – on the continent. It hints at what we have in common in our perceptions of history and culture and where we can find differences among regions and local cultures.

The exhibits are on loan from many national and foreign institutions, from the Netherlands, Germany, Italy, the Czech Republic, Slovenia, Croatia and Hungary, with most of them appearing for the first time in Slovakia. Also the exhibits from the Slovak collections represent a unique set. Most items are replicas, copies or depictions of the original artefacts but several true originals can be found here, e.g. the findings from Nitra Castle, the original casting of the plaster from Mikulčice Church, and for two weeks in October, the famous Zobor Deeds, dating back to 1111 and 1113 will be on show.

However, the whole of Bratislava Castle, including this exhibition, will be closed due to events connected with Slovakia’s presidency of the EU council, on September 16, 19, 21, 22 and October 3. The exhibition runs daily (except for Mondays) until October 16. A Slovak-English catalogue is available.