The country lags behind mostly in innovations and institutions. 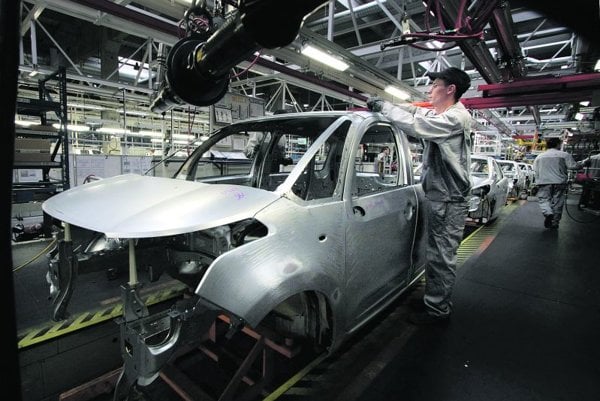 Slovakia has slightly improved its competitiveness ranking. It placed 65th in the Global Competitiveness Report for 2016-2017, published by the World Economic Forum based on a survey carried out among entrepreneurs, up by two places compared with last year.

The situation in Slovakia has been improving since 2014, when it achieved its worst position: 78th place. Though it has moved up 13 places, it is still far from the 37th place it achieved in 2006, the Business Alliance of Slovakia (PAS), WEF’s partner organisation in Slovakia, informed in its press release.

“Slovakia’s ranking has improved only slightly in technological readiness and innovations but stagnates in other areas,” Peter Kremský, executive director of PAS, wrote in a press release. “Its improvement is thus only subtle; the reason is the deterioration in other countries.”

Entrepreneurs in Slovakia gave the best ranking to health and primary education (6 of 7 points), but also to the macroeconomic environment (5.3 points) and technological readiness (4.8 points). The worst ranking went to innovations (3.3 points) and institutions (3.5 points).

“It is necessary to be pleased also by small improvement, but the 65th position in the world is certainly not a position Slovakia should be satisfied with,” Kremský said.

If Slovakia improves its management and conditions of the business environment, it has the potential to move closer to the Czech Republic, which placed 31st in the list, he added.

Though the attractiveness of Slovakia as an investment destination has been improving, it still belongs to the worst EU member states for doing business. The only states with worse results are Greece, Cyprus, Croatia and Hungary.