The new post stamp named “Beauties of our country: Herľany Geyser” was published last week by The Slovak Post with a value of 0,80 €. 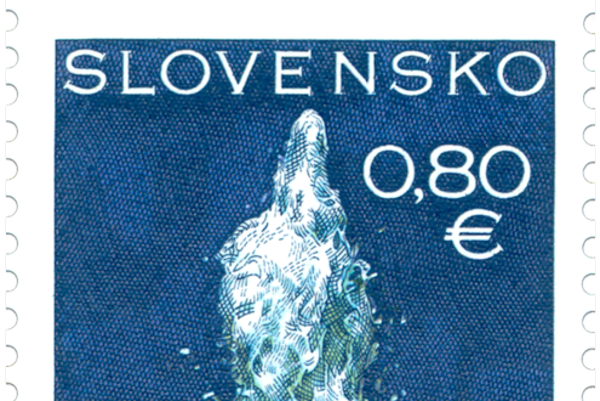 The object of national natural heritage, Herľany Geyser near the village of Herľany on the western slope of the Slánske Hills in eastern Slovakia, has become the motif of a new post stamp.

The Slovak Post also published an envelope and postmark, both as the first day cover (FDC). The envelope displays Herľany Geyser. The postmark was inspired by the geyser jet and created by art designer Martin Činovský, as reported in the press release.

The post stamp, with dimensions of 27.2 × 44.4 mm (including perforations), comes out in the form of a modified printing sheet with 10 stamps. It was printed by steel printing from a flat plate in combination with an offset Poštovní tiskárna cenin Praha, a. s.

The Herľany Geyser is situated in the area of a former spa, Herľany-Rankovce. It is a cold water geyser, which was created when a borehole was made for a the new well in order to increase the yield of mineral springs in the then spa. 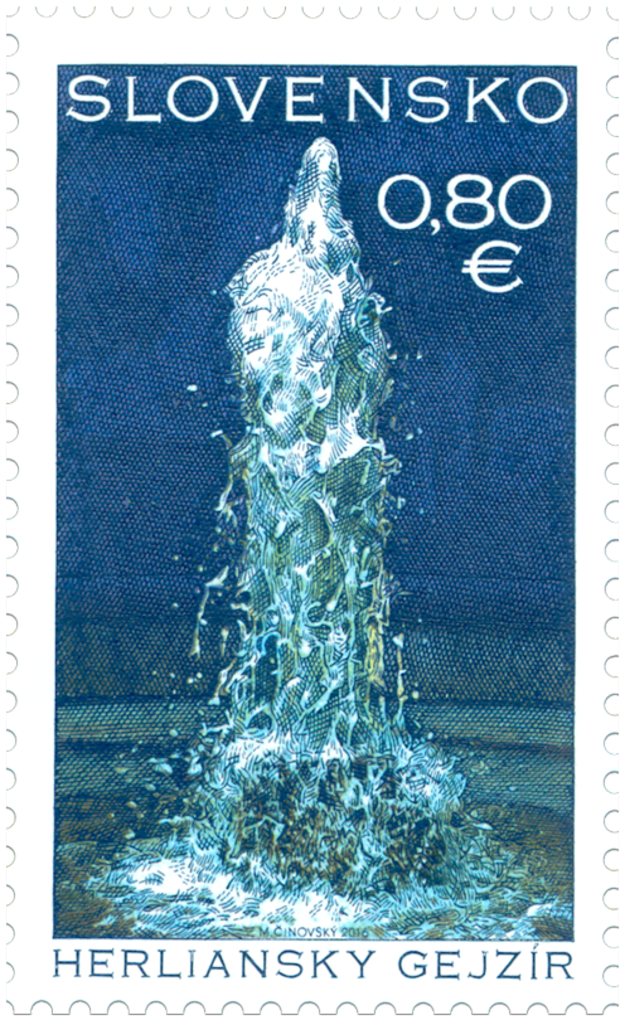 In contrast to hot water geysers, the temperature of the water in Herľany Geyser ranges from 14 to 18 °C. That is also the reason why it is called a “false geyser”.

Drilling works started in 1870 and the first eruption spouted up about four to five meters when the borehole hit 172 metres in 1872.

Herľany Geyser belongs to the list of European natural wonders. It was declared a national natural monument in 1987 and, since 2002, has been included in the preliminary list of World Heritage Sites.

The spa area with the geyser belongs to the Technical University of Košice and is used for teaching, training and conference purposes.