Slovak President Andrej Kiska is on a two-day official working trip in Italy. 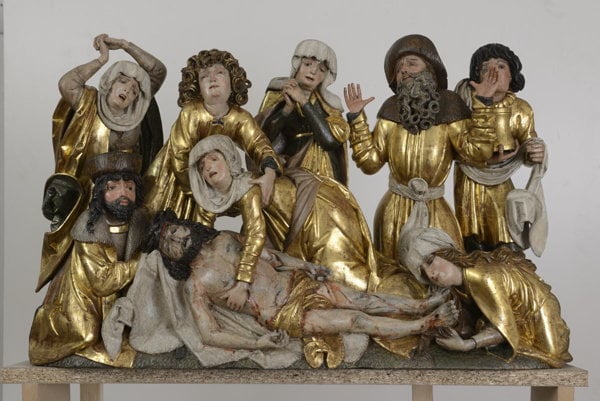 Kiska, along with Mattarella, will officially open the Gothic Treasures from Slovakia exposition in Rome, the President’s Office informed the TASR newswire.

In the Slovak Embassy to Italy, Kiska will bestow a state honour in memoriam to sea captain Carlo Orlandi who tried to transport 500 Czech and Slovak Jews in a steamboat called Pentcho from Nazi-ridden Bratislava to Palestine in 1940.

The works of Master Paul of Levoča and other gothic treasures of Slovak cultural heritage from the turn of the 15th and 16th centuries will be displayed in the residence of Italian president Palazzo del Quirinale in Rome.

The exposition called Tesori gotici dalla Slovacchia (Gothic Treasures from Slovakia) will be opened on September 29.

“The Slovak National Museum (SNM) in cooperation with the Italian President Office General Secretariat has prepared one of the most important projects of Slovakia’s Presidency of the Council of the EU that presents Slovak culture and history,” Dagmar Brisudová of SNM informed TASR.

All Slovak exhibits are national cultural landmarks of extraordinary artistic and historic value. Some exhibits, such as the group of statues from the Nativity of Jesus Altar or the Lamentation of Christ statue from the Saint James’ Church in Levoča have left Slovakia for the first time ever. Other works of Master Paul will be featured as well, including the statue of Virgin Mary from the Virgin Mary Altar in Spišské Podhradie, Crucified Christ in Spišské Vlachy, among others. Master Paul’s sculptures are complemented by paintings of his contemporaries.

Visitors have the chance to see goldsmith products, samples of textile and lighting production, the three biggest late-gothic monstrances and two christening bowls.

In addition, Decretum Gratiani, printed in Venice in  the 15th century, will  also be on display.

The Culture Ministry contributed €185,000 to SNM for the preparation of exhibits for the exposition. The exposition will feature 52 exhibits from 20 various owners and will run until November 13.