The bridge in Medveďov, in the Trnava Region, which links Slovakia and Hungary has been reopened following repairs. 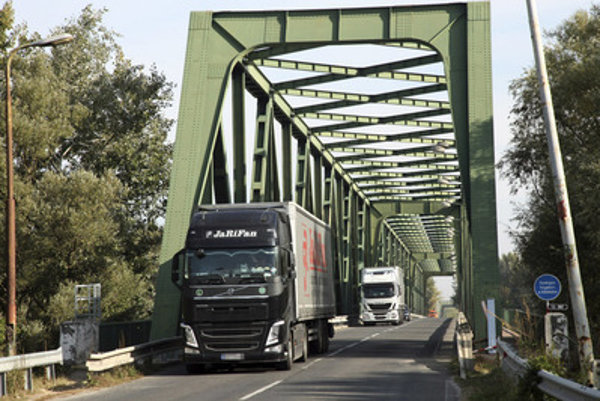 The Bridge in Medveďov was reopened on September 29. (Source: TASR)
Font size:A-|A+1

It was put back into operation sooner than originally expected, Transport Ministry spokesperson Karolina Ducká told the TASR newswire.

Slovak Road Administration cars had already crossed the bridge earlier, within a trial operation. The deadline for completion of repair works was cut by 16 days. Originally, the reconstructed border bridge in Medveďov should have been available to both passenger and cargo transport by October 14.

Favourable weather conditions helped the early completion of repair works at a cost of €145,184, Ducká said.

Transport Minister Árpád Érsek (Most-Híd) made an inspection on the development and state of repair works on the bridge in Medveďov two weeks ago.

“This bridge is crucial for the development of economic ties between Slovakia and Hungary,” the minister said. “Its ahead-of-schedule opening will cut costs related to the need to use detours and drivers will thus not have to spend extra time.”

The bridge was closed on September 6, as there was a complete breakdown of concrete and asphalt layers on one section of the bridge. The repair work features a 38-metre stretch of the border bridge as well as a sidewalk.