If no change in teachers’ conditions comes, ISU will continue strikes on October 7, omitting four lessons. 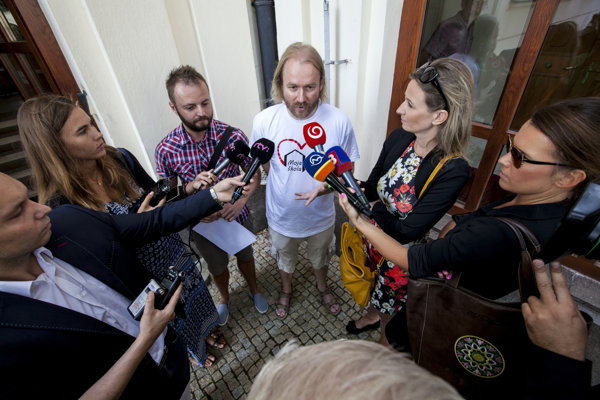 Members of the Slovak Teachers Initiative (ISU) Vladimír Crmoman (in the middle) and Luboš Sibert who have carried out graded strikes for better teachers's conditions. (Source: TASR)
Font size:A-|A+3

The third day of escalated, or graded, strikes held on September 29 involved in total, 2031 teachers from all the regions of Slovakia who omitted three lessons, according to the Slovak Teachers Initiative (ISU) which organizes the strikes.

“Today, about 6,000 lessons were not taught and it again seems that this situation does not matter to the government and the [education] ministry which is very bewildering for us,” said Branislav Kočan of ISU, as quoted by the TASR newswire.

Similarly to last week’s strike, Slovak teachers demanded an increase of tariff salaries for pedagogic and professional employees in regional schools by €140 in 2016 and €90 from the beginning of 2017. In addition, ISU is calling for a reappraisal of the credit education of teachers and an increase in the budgets of the education and interior ministries by a total of €400 million to remove disparities in school facilities. 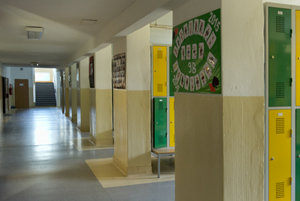 Read also:Over 2,200 teachers to participate in the escalating strike on Thursday Read more

Each additional strike attracts more and more teachers. While on Tuesday, September 13, 1,773 teachers from 106 schools omitted only one lesson, on the second day of the strike, on Wednesday, September 21, 2,000 teachers from 150 schools did not teach for 2 periods. Currently, the number of participating schools has risen to 190, however, the numbers of participating teachers remains about the same. ISU has justified this in terms of the ongoing negotiations on the high-level collective agreement for 2017, TASR wrote.

"Our interpretation is, and many colleagues have told us that they have been sensitively waiting to see what the trade union will do,” Vladimír Crmoman of ISU told TASR, listing a misinformation campaign as another reason.

If the situation remains the same, ISU will continue strikes on October 7 omitting four lessons. The graded strikes lack the support of the Slovak Workers in Education and Science Trade Union (OZPSaV) and the Confederation of Trade Unions (KOZ), TASR reported.