Bratislava has not extended a rental contract with the US Embassy

The rental contract with the US Embassy expired on August 15. 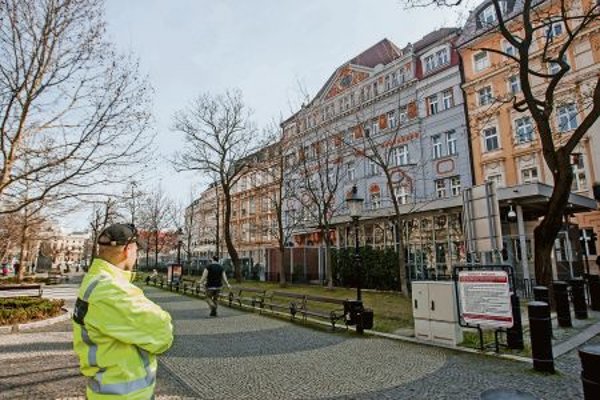 The US Embassy is expected to leave Hviezdoslavovo Square. (Source: SME)
Font size:A-|A+

Following a vote on September 29, MPs for the capital decided not to extend the rental contract for the security fence around the US Embassy to Slovakia in Bratislava’s Hviezdoslavovo Square.

Back in June, MPs decided to rent the area under the fence for the next three years, with the US Embassy paying €1 for 1 square meter per day.In one year this would bring around €481,000 to the city coffers.

The amendment to the original contract stated that the agreement would only be valid under the condition that the Embassy signed it within 60 days after it was approved by MPs. The US Embassy delivered the signed document in time but it was after August 15 when the original rental contract had already expired.

On September 29, MPs were discussing the possibility of extending the rental contract but eventually the majority of them voted against it, the SITA newswire reported.

"From this day on, the fence is an illegal construction," Bratislava's MP Martin Borguľa stated, as quoted by SITA. 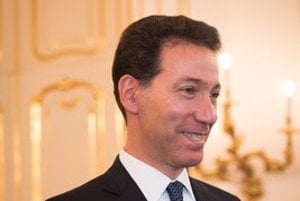 Bratislava's Mayor, Ivo Nesrovnal, stated that he is unpleasantly surprised by such a decision. The city will now have to find a new solution, according to him.

“I am also annoyed by the fence but we live in a world with global threats and where security measures are usual,” Nesrovnal told the SITA newswire.

The Embassy has the right to protect its surroundings based on an agreement it signed with the former Bratislava Mayor, Jozef Moravčík, in 2002. According to this agreement, the city gives the United States exclusive and unrestricted rights to control access to the security zone, including the right to stop traffic.

However, city councillors have been opposing the security fence around the building, which significantly encroaches on the public pedestrian promenade on the square and Paulínyho Street, for a long time.

The Embassy is currently looking for a new site. In its statement, the Embassy claims that its plans for moving are progressing. It believes that a new area will be chosen and negotiations with the land owner could be launched within  2016.