Instead of dog urinals, an off-leash dog park

The municipal office of Poprad is preparing a pilot project, building an off-leash dog park and as well as a dog shelter. 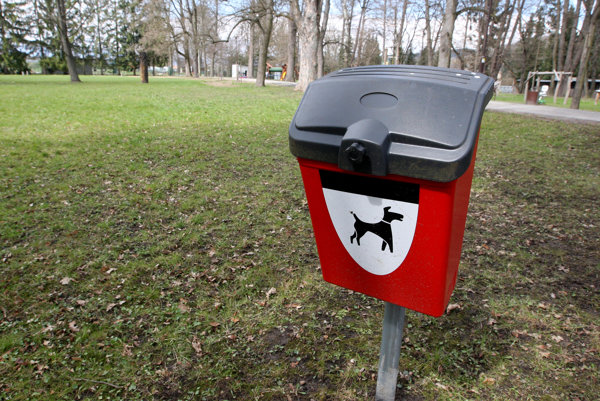 Inhabitants of Poprad, eastern Slovakia, discussed dog urinals last year, deciding where to place one via an online survey. A trial use of one finished after three months, but the town decided not to continue the dog urinal project, according to Jozef Švagerka, Mayor of the City.

Currently, however, it is preparing a pilot project of building an off-leash dog park, according to Róbert Bujalka, head of city office.

The dog toilets should have been a part of the comprehensive concept of keeping dogs in the city. In the meantime, the city office is forced to continue permanent education of the public.

“We are carrying out educational programs for various target groups dedicated mainly to the issue of collecting dog excrement,” Bujalka explained for the SITA newswire, adding that the first of these activities was held in June 2015, when the city of Poprad, together with canine clubs operating in the city, prepared a series of educational performances.

During the performances, skilled trainers showed not only the abilities of their four-legged friends but at the same time explained the educational foundations of caring for dogs to children.

The municipal office of Poprad, in cooperation with canine clubs and city police, would like to continue this kind of activity, in schools as well as out-of-school facilities.

The city of Poprad also took several measures concerning dog shelters. They repaired and changed damaged and worn kennels for new ones and insulated them, according to Bujalka.

The city shelters were regularly visited by dog lovers especially during summer months.

“We had a lot of people in the shelter during the holidays, they were coming practically from morning to evening, maybe 30 good people came daily to walk the dogs,” Greňa informed SITA.

The public can come take dogs for walks at the Poprad shelter every day except for Monday.