Schools need to respond to extremism

Far-right extremists have taken their place in the national parliament for the first time since Slovakia emerged as an independent state in 1993. Young voters contributed to the success of extremists considerably, prompting the Education Ministry to pay more attention to civic education in schools.

The extremist People’s Party – Our Slovakia, of the Banská Bystrica Regional Governor Marian Kotleba won among first-time voters, with over 20 percent of their votes, as the exit polls after the March 2016 election suggested. This provoked concerns among observers that the government claims to share.

In its programme statement, the government pledged to introduce measures towards better education against extremism and xenophobia in Slovak schools. While the ministerial recommendation for schools to visit concentration camp sites received the most publicity, the ministry also published a manual that is supposed to prepare teachers to give lessons to their students about extremism and the threats it brings. Experts however consider it insufficient. They stress that young people are searching for their place in society and believe this fact needs to be taken into account.

“It is their turning point, when they yield more easily to explanations and an easier vision of the world, which is offered by any form of extremism,” Jana Kadlečíková from the Centre for the Research of Ethnicity and Culture (CVEK) told The Slovak Spectator.

A turning point for youngsters

The reasons why radical opinions resonate with young people differ. They are shaped not only by school but also by the media, social media, peer groups, and family.

“Rebellion against authority, against the adult world; searching for one’s own identity; dissatisfaction with the state of society – this is all characteristic of adolescence and has been present in every generation,” Daniel Milo, expert on extremism with the Globsec Policy Institute non-governmental think tank, told The Slovak Spectator.

These characteristics can lead to noble purposes but are also easily abused by totalitarian-leanings and anti-democratic ideologies.

Rado Sloboda, Programme Director of the Socrates Institute and civil activist, who founded the “Not in Our Town” platform following Kotleba’s victory in the regional governor election in 2014 in Banská Bystrica, lists a number of factors why young people could be responsive to extremist messages: racism and xenophobia are widespread in the country, conspiracy media is on the rise, and lack of education about human rights and respect for minorities.

“Without the real involvement of the government, regional and local governments, we will not stop the radicalization,” Sloboda explained. 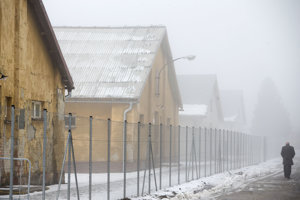 Read also:Visits to Holocaust sites work but are not enough Read more

The Education Ministry’s most concrete response so far has been the manual “For the prevention of extremism and radicalism” that the ministry issued in cooperation with its affiliated organisations and the police. With the manual at hand, teachers should be able to teach students how to avoid extremism, antisemitism, xenophobia, and other forms of intolerance.

The 12-pages of material offer teachers and parents a brief overview of technical terminology, examples from real life and proposals for a methodological approach to teaching the subject in schools, according to the ministry. Most of the manual is devoted to theory, describing symbols used by extremists, for example. It also cites some examples of extremist-related crimes and the punishments for them.

While experts agree that publishing a manual is a good try, they do not believe it has the potential to bring about a real change in the education process to fight against extremism in schools.

“[The manual] provides some theoretical information about extremism and its signs but fails to offer teachers practical instructions on how to work with this topic in a way that is familiar for the students,” Milo noted.

Schools need to make considerably more effort in order to shape the views of young people, Kadlečíková said and stressed that this can be done through innovative forms of education like oral history, role play, or situational methods.

“What schools and teachers are missing is methodical support on how to respond to manifestations of extremism in school,” she said.

Sloboda also claims that he sees little potential for change. He rejects instant solutions and stresses the need for long-term work with young people, to bring up a new generation of leaders in politics, business, and in civil society, “who will see the wider context and engage for the benefit of the things that are really needed and useful”.

“We need training programmes that will allow their potential to develop and give them a chance to assert themselves,” Sloboda said.