Tips for performances and other events in the capital between October 7 and 16, including festivals, concerts, performance of Mireille Mathieu, reconstruction of battle, first Bratislava Ocotberfest, exhibitions and more. 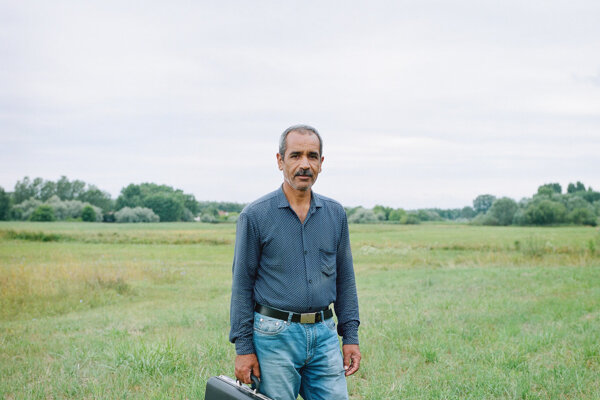 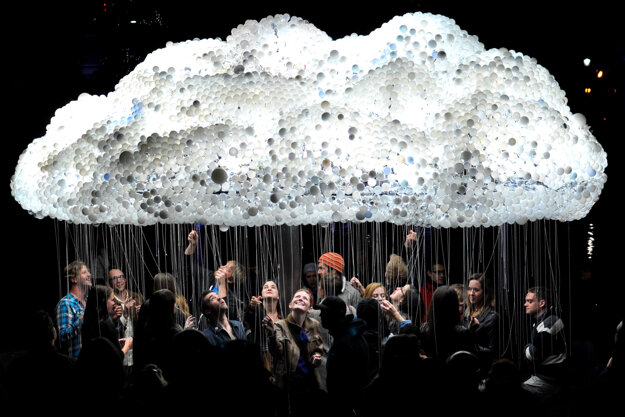 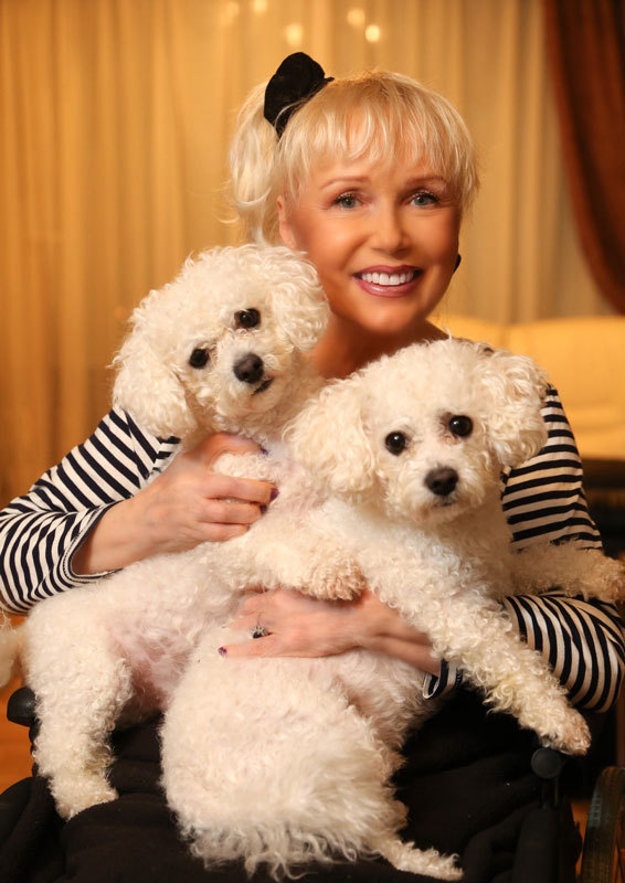 THEATRE: Polnočná omša/ Midnight Mass with english subtitles - This play by one of the most prominent Slovak playwrights of the last century takes place on Christmas Eve 1944. However it doesn’t glorify war heroes – it examines and analyzes in detail the attitudes of ordinary people to the dramatic events surrounding the ending of World War II. Starts: Oct 12, 19:00; The new building of SND, Pribinova 17. Admission: €4 - €8. More info: www.snd.sk.

THEATRE: Bačova žena/ The Shepherd’s wife with english subtitles - This intimate chamber drama features inherent encrypted, archetypal elements. The characters are like cut-outs from the ancient tragedies or the Bible. The potential provided by this dramatic template is unfamiliar to audiences within the wider European cultural area. Starts: Oct 13, 19:00; The new building of SND, Pribinova 17. Admission: €4 - €8. More info: www.snd.sk.

CLASSICAL MUSIC: Bratislava Mozart Festival 2016 - Famous oeuvres by Wolfgang Amadeus Mozart will be played by historical musical instruments in the Bratislava Mozart Festival 2016. Czech pianist Petra Matĕjová will perform as part of the piano Quintets by Mozart and Beethoven, the Lotz Trio will perform the The Magic flute and the end of the festival will be dedicated to the mystical Requiem. Starts: Oct 16 - 28; Various places. Admission: Depends on the performance. More info: www.operaslovakia.sk.

FESTIVAL: Performances of contemporary dance - The jubilee 20th year of the international festival Bratislava v pohybe/ Bratislava in Movement presents works by ensembles and artists involved in contemporary dance from all around the world. Starts: The festival has already begun; City Theatre of Pavol Orsagh Hviezdoslav in Bratislava, Laurinská 19 and A4, Karpatská 2. Admission: Depends on the performance. More info: www.citylife.sk. 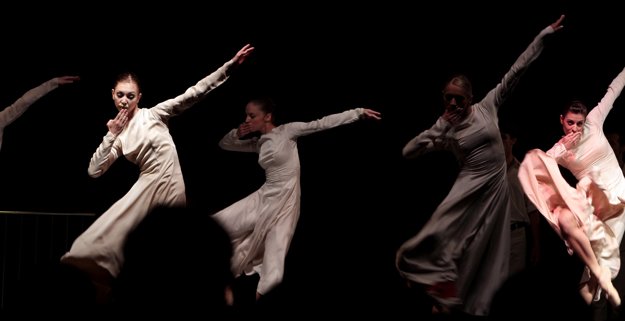 OUTDOOR: Reconstruction of the Battle of Lamač - This year we remember the 150th anniversary of the end of the Prussian-Austrian war.The city district, Lamač, as the site of the final battle in 1866 celebrates this significant historical event in the history of Bratislava and also Slovakia. Starts: Oct 7 - 10; In front of Bratislava crematorium. More info: www.citylife.sk.

FESTIVAL: Bratislava Octoberfest 2016 - This is the first year of Bratislava Octoberfest which will present the best from the brewing industry in the Bratislava Region. Visitors will be able to taste beers not only from Slovakia but also from Moravia, Austria and Germany and various gastronomic treats are available. Starts: Oct 7 - 8; both days 12:00 - 00:00; Tyršovo Waterfront. more info: www.slovakia.travel. 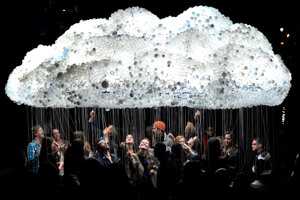 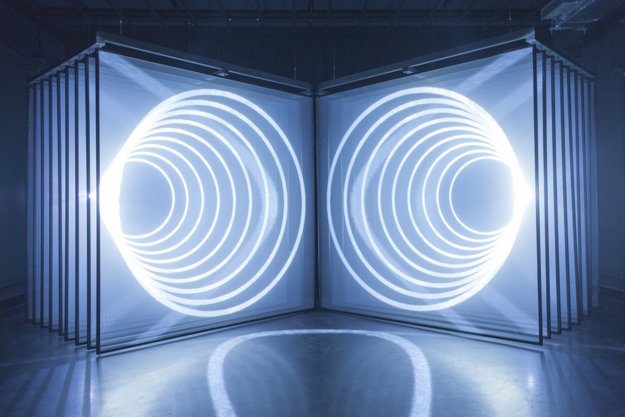 EXHIBITION: Hole in clothing by a costume artist - An exhibition of three series of photographs by the Slovak scenographer and costume designer for the theater, TICHO a spol. - Jakub Branický, presents a different view of the large number of holes that people can see everywhere, every day. Open: until Oct 14; TICHO a spol., Školská 14. More info: www.tichoaspol.sk.

EXHIBITION: Mária Balážová : Female Geometry - Feminist theories underwent the idea of abstraction as a predominantly male sphere of overwhelming criticism and new artistic forms have also been verified by the hegemonic legitimacy of her language - painting. Mária Balážová in her visual program for this show openly committed to feminist issues and expanding the discourse to a new position. Open: Mon - Sat 13:00 - 18:00 until Oct 9; Gallery Z, Ventúrska 9. More info: www.galeria-z.sk.

EXHIBITION: Photographs by Robert Tappert - Photographer Robert Tappert decided for the first time to cross the Hungarian-Serbian border last summer and he found routes and ways which were passed by migrants. His view as a reportage photographer is showcased in the exhibition “Ne-Miesta/ Not-Places”. Opening: Oct 6, 18:00; Open Gallery, Baštova 5. Mon - Fri 14:00 - 19:00 until Nov 2. Admission: free. More info: www.artgallery.sk.

TRAINING: Zumba in English Every Tuesday – Not a dance lesson, but rather a party which the organisers call the Zumba dance. Organised by Internationals Bratislava, a non-profit organisation that brings people together from all around the world living or visiting Bratislava, regardless of their cultural origin. Starts: Every other Tuesday, 17:50; Grosslingova  48, (Primary School of M.R. Štefánik) – second gate on the left. Admission: one-time charge – €4.5. More info: www.internationals.sk. 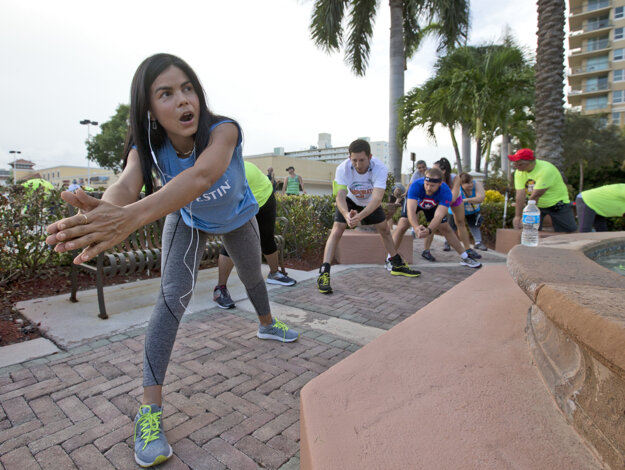 TRAINING: Pilates in English on Mondays - Lesson is guided in English and spots are limited so it is necessary to make a reservation in advance via info@internationals.sk. Bringing mats is not necessary. Showers, fruit, tea, water  are free. Starts: Every other Monday, 20:10. Fitness Fanatix, Dunajska 23. Admission: €6,5. Motre info: www.internationals.sk.

TRAINING: Belly Dance in English Mondays -  A beginer&intermediate level of belly dancing, the oldest form of dance, according to many experts, having roots in all ancient cultures from the orient to India to the middle east. Starts: Every Monday, 18:00. Dom kultúry Nivy/ Culture House Nivy. Admission: €6,5. More info: www.internationals.sk. 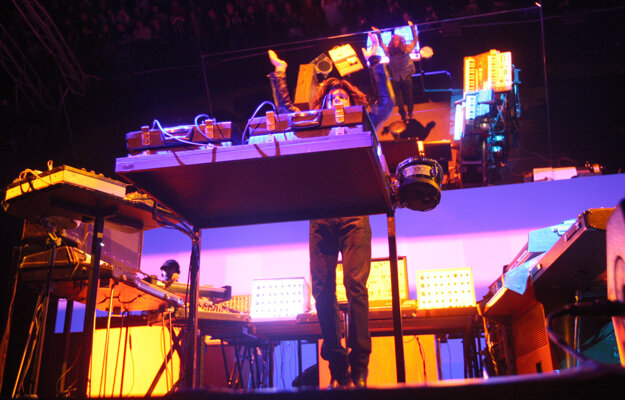