Extremists use Trnava mayor to make it to the mainstream

Trnava Mayor Peter Bročka provided city space for lectures of extremists and had pictures taken with them. 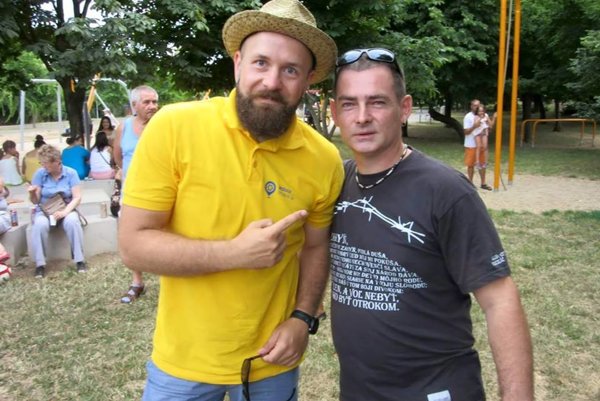 A Neo-Nazi music band performance, presentations about the so-called “genocide of Slovaks” or third sector activities; extremists in Trnava vie to get public recognition via various methods, even using mayor Peter Bročka.

Firstly, Bročka provided city space for lectures about genocide made by controversial activists including Marián Mišún, a mate of Marian Kotleba, leader of the extremist party People’s Party – Our Slovakia which made it to the parliament.

Later, the media came across photos of Bročka posing with Kotleba’s people and discovered that he was a guest on Slobodný vysielač (Freedom Broadcaster) radio favouring Kotleba and spreading conspiracy theories.

The performance of Krátky Proces in Trnava could not be linked to Bročka’s approach towards extremists; however, they praised his decision to provide public space for Mišún and his colleagues, according to Irena Biháriová of People against racism NGO.

“He probably did not think that he will open a path for extremists but they see it in this way and that is bad,” Biháriová said.