Opening hours of restaurants and pubs not just “Bratislava’s thing”. 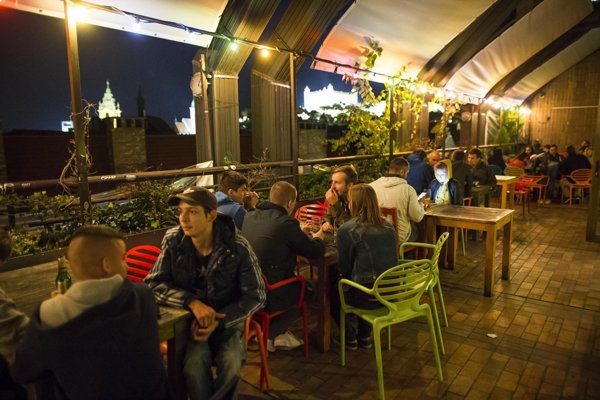 Summer is over and nights are getting too cold to sit outside, but opening hours of pubs and restaurants in central Bratislava still provide for a heated discussion.

The whole issue started after some municipal councillors endorsed their citizens’ call for the pubs and restaurants in the Old Town to be closed by 22:00 every night. However, the Old Town’s Mayor Radoslav Števčík failed to sign the proposal arguing that such a decision was beyond the competencies of the municipality. 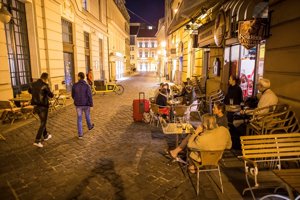 Števčík, however, appreciates the proposal in its content and sees it as an effort to protect the citizens of his borough.

“We were elected by citizens, not by tourists or visitors of the city,” Števčík told the Sme daily, adding that it is his and the council’s duty to ensure public order and quiet at night. Owners of businesses in the centre of the capital are strongly dissatisfied with the proposal. In their opinion, the municipality wants to turn the Old Town into a ghost town. Some of the owners are naturally afraid of lower profits. But others don’t seem to be angry.

“In our restaurant we don’t have a problem with the new proposal of opening hours,” Natália Haramiová, manager of restaurant Korzo located in the centre, told The Slovak Spectator. The good name of restaurants and pubs in Bratislava is damaged only by several black sheep.”

She admits, however, that the Old Town and mainly its historical centre lives off of tourists.

“If we don’t want it to become a ghost town, it’s necessary to set apart zones where people can find fun at night,” Haramiová said.

Businesses in the centre would appreciate having longer opening hours especially during the summer season.

“In the summer we organise concerts on Hviezdoslavovo square and I am sure that visitors would be glad if they last longer than until 22:00,” Haramiová said.

She admits that citizens of Old Town tolerate the consequences of nightlife, but have no advantages from the tourist’s taxes.

“Maybe the city should spend some of this money to pay for cleanliness in the streets of The Old Town,” she suggested.

The fact is that some of the restaurants and pubs in Bratislava close at 22:00 every day regardless of the municipal rules, among them also the top five restaurants according to people using the rating system on Trip Advisor.