Inaccessibility of medicaments is a Europe-wide problem 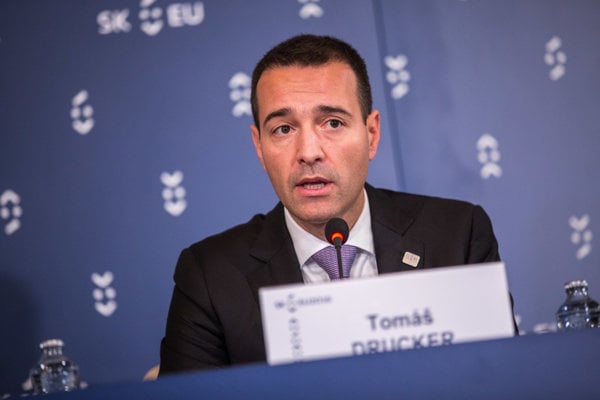 The inaccessibility of medicaments was among the topics discussed by the health ministers of the 28 member states of the European Union as it is a problem several countries currently face.

The informal meeting held on October 3 and 4 in Bratislava was also attended by the European Commissioner for Health and Food Safety, Vytenis Andriukaitis and the regional director of the World Health Organization for Europe, Zsuzsanna Jakab, the SITA newswire reported.

Among the reasons for the inaccessibility of medicaments are the low prices for medications and the subsequent parallel export, the drop-outs from production and the inaccessibility of effective substances. The member states can tackle the problem with an operative exchange of information and regular monitoring of the situation, according to the ministers.

“We focused particularly on naming the main reasons for this inaccessibility of medicaments and the search for possible solutions to these problems,” Slovak Health Minister Tomáš Drucker said, as quoted by SITA.

Another topic discussed at the meeting was the improvement of food quality, particularly in regard to the increased number of cases of people with higher weight and obesity in Europe which has reached an epidemic level. It is necessary to point to a reduction of excessive energy intake, as well as the consumption of saturated fats and trans-unsaturated fatty acids, as well as sugar and salt in food, the health ministers agreed.

The ministers also talked about the problem of tuberculosis in Europe and its treatment, the problem of antibiotic resistance, and vaccination, SITA wrote.