An infamous toxic waste dump in Devínska Nová Ves has been revitalised. 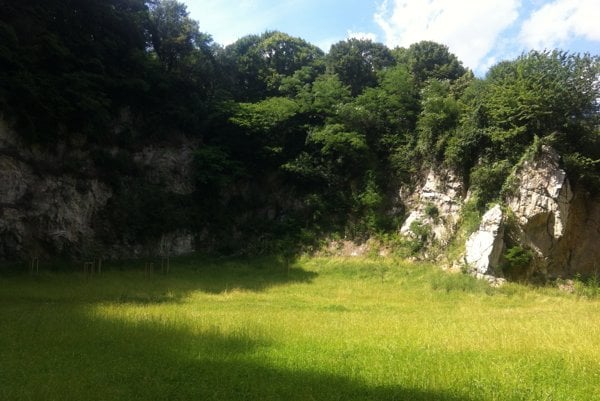 One of the most well known environmental burdens in Slovakia, a toxic dump of goudrons in Devínska Nová Ves, is finally history. All the goudrons, byproducts of crude oil processing, and contaminated soil were removed from the former quarry Kamenné Srdce (Stone Heart). The hole was filled with new soil and later grass and trees were planted. Now the former waste dump and enclosed meadow with a fireplace and a summer house serves Bratislavans for relaxation.

“I consider the revitalisation of the quarry and removal of goudrons to be the greatest achievement in the new history of our borough,” Milan Jambor, the mayor of Devínska Nová Ves told The Slovak Spectator, adding that they had been pushing for liquidation of the health-endangering waste dump for decades.

History of the waste dump

Goudrons are secondary products from processing crude oil with sulphuric acid. Thus they consist of a dangerous combination of hydrocarbons and sulphuric acid. Additionally, goudrouns may be carcinogenic.

The dump with goudrons in the former quarry Kamenné Srdce was officially created in 1963. Apart from goudrons there was dumped also contaminated soil from the former oil refinery Apollo. It used to stand near the Danube River, but was levelled during WWII. The waste was later covered and isolated with a layer of clayish soils. But during the following years this layer was damaged and the goudrons, especially during summer months when they melted, rose to the surface. 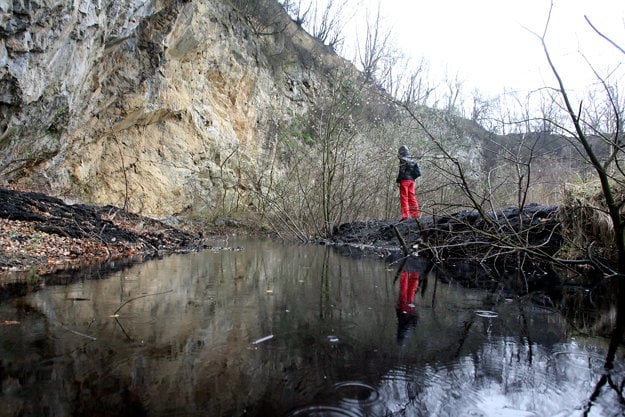 What the waste dump with goudrons used to look like. (Source: Sme)

In the past there were several attempts to liquidate the waste dump located near Sandberg, which is part of the national nature reserve Devínska Kobyla. But these failed due to lack of finances and consensus on technology for liquidation of the waste dump.

Finally in 2014 the consortium Kamenné Srdce A.S.A. Enviro prepared its liquidation at the order of the Environment Ministry. Under this project all the goudrons and contaminated soil were removed and the place was revitalised. In total, there were removed 18,000 cubic metres of goudrons and 14,000 cubic metres of contaminated soil. Some of the waste ended up at the cement works in Rohožník as alternative fuel.

Total costs amounted to €12 million and were covered from the EU Operational Programme Environment.

After all the goudrons and contaminated soil were taken away, the former quarry was filled with clean soil up to its original height, i.e. seven to 11 metres on average. Later grass was sown and 28 trees including eight maples, seven lime trees, oaks and one walnut tree were planted. The species mimic the composition of nearby forests.

Goudrons in Devínska Nová Ves were not the only environmental burden in Bratislava. Another one is a leaking toxic waste dump in Vrakuňa, an unwanted inheritance of the former chemical company Chemické Závody Juraja Dimitrova. But so far the state has failed to identify the so-called obligatory person, i.e. the entity which should be responsible for its resolvement.

In all probability it would be the Environment Ministry. It proposes encapsulation of the waste dump. Under this plan, walls should be built around the area, also underground, to disable further leakage of the toxic waste. Costs of encapsulation are estimated at about €20 million while the work can be carried out within 18 months. Contrary to this a complete liquidation of the dump would cost €113 million and last five years.