Slovaks are interested in travelling and especially studying in Australia, the ambassador says. 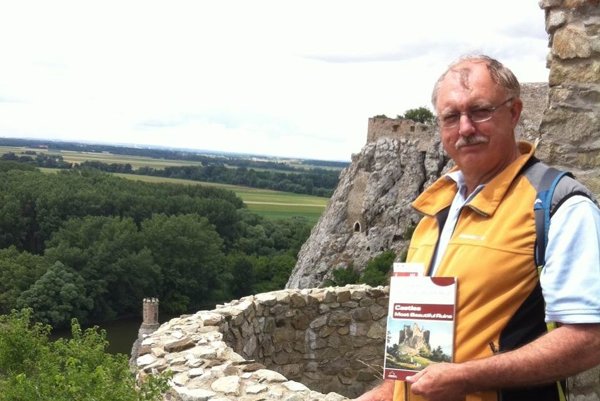 Australia has years of experience with refugees and migrants, but it cannot say it has a model for every country struggling with the current crisis. Every country needs to adapt to its specific conditions, according to David Stuart, Australian Ambassador to Slovakia who is based in Vienna.

The Slovak Spectator spoke to Ambassador Stuart about Australia’s approach to migrants, the reasons why Slovaks travel to his country, and also the business links and investment potential between the countries on the occasion of the end of his four-year service.

The Slovak Spectator (TSS): Migration is one of the main issues that the European Union including Slovakia is currently dealing with. Australia has been a country of immigrants, even today many people from other parts of the world resettle there. What is the experience of your country with immigration?
David Stuart (DS): All countries have to develop their own policies and their own approaches, according to specific circumstances in each country. Australia has a long-standing programme for migration, with up to 200,000 a year coming. In the last decade 2 million people came to Australia as migrants (90 percent) and refugees (10 percent).

I started as a diplomat in 1981 when the biggest crisis of refugees in the world was close to Australia. People were leaving Vietnam in particular and other countries at the end of the Vietnam War. At least from that time Australia set up a programme of resettling refugees and we worked very closely with the UN High Commissioner for Refugees.

We actually get a lot from migrants and refugees that come to Australia. Australia has 24 million people and about 1 million of them are refugees. Many of these people became very successful in Australia. Some of our leading business entrepreneurs are actually Hungarians who came after 1956. It is a two-way street.

TSS: What lessons do you think Slovakia could learn from Australian experience with cohabitation of different people from different parts of the world?
DS: It’s not for us to say “We have a model”. You have to remember that we are a federation. On matters of national security and migration matters we have essentially one key decision-maker. You’re in the EU, Schengen and Visegrad – all of these are groups where you are consulting.

From what I’ve observed, especially in the last 12 months, there’s a very big focus on whether you are able to secure your borders. There was a very large number of people last September or October, it was logistically very difficult. It’s pretty clear and it’s been acknowledged in political statements in media that the apparatus on the borders was weak. Frontex is a good organisation, but nobody expected Frontex would be able to monitor or control the borders around the Schengen zone. The initial instinct of countries was not just to cooperate with each other. That’s in the process of being fixed. There are some really hard decisions that need to be made collectively and I understand that in Austria, Slovakia and Hungary the governments need to tell their people we’re part of decisions, we’re not having things imposed on us against our will. Governments need to be able to have the interest of their countries accommodated.