Danko to present Slovakia as a country connecting nations

Speaker of Parliament Andrej Danko wants to explain Slovakia’s stance towards refugees using its history. He also plans to present Slovakia as a country connecting nations at the EU informal summit. 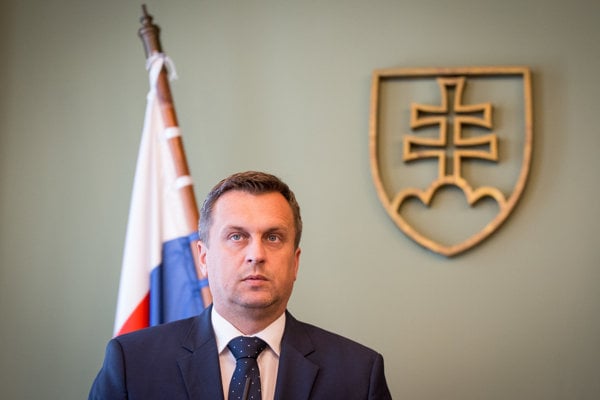 The informal summit of the speakers of parliaments of the European Union’s member states is to start on October 6 and last for two days, the Sme daily wrote on October 5.

Andrej Danko of the Slovak National Party (SNS) thinks that his counterparts could better understand his country’s stance on the refugee crisis and the anti-refugee rhetoric of its representatives if it were explained to them in terms of the country's history and traditions.

“We want to clarify our current stance and present the traditions of our nation to our colleagues from other countries so that they can understand our position on refugees and on the things that life in the European Union brings,” Danko explained.

Slovakia has been refusing the obligatory re-allocation of migrants based on quotas and has even filed a lawsuit in connection with the approval of obligatory quotas. Before this year’s election, Prime Minister Robert Fico mentioned the monitoring of Muslims in Slovakia and gave assurances that he would not allow the appearance of consistent enclaves of migrants on the territory. He sees the solution to the refugee crisis in protecting outer borders, reducing the influx of migrants and a flexible solidarity, i.e. countries uniting to help fight illegal migration according to their individual capacities.

According to Danko, the informal summit will show its foreign partners what values and traditions Slovakia is based upon.

“... that we are based on different values and traditions from those of bigger, colonising countries, which have a completely different history, which were able to co-exist with other minorities naturally," the Slovak speaker of parliament said, as quoted by Sme. He wants to show Slovakia as a country in which democracy was not born without difficulties and it has to overcome “certain given facts”.

“We would like our reaction to the refugee issue to be understood from the point of view of our history,” Danko said. “I would want them to understand that everything has its time. We are different mentally, we are in a different phase of development than some countries especially those that have not followed the same developmental path.”

He claims that Slovakia has no trouble helping,

“but we have difficulties explaining to people that Schengen has failed. How can we explain that we are not able to secure the protection of the population? These are relevant questions. But this does not mean that someone wants to judge people due to their race or ethnicity – not at all. The ambition of our evening is to introduce and present us,” he summed up.

Thursday night will be about national symbols and connections – bringing music, art, cuisine, and wine, as well as gifts. The working session, on Friday, will focus on the challenges the EU is facing, the inner cohesion of the Union and a globally engaged Europe.

The summit will bring an exchange of information between national parliaments and Danko also hopes for a tradition of more frequent meetings and more intense communication. A closer cooperation between parliaments could, according to the Slovak parliamentary speaker, help the EU to react more flexibly and quickly to problems that arise.