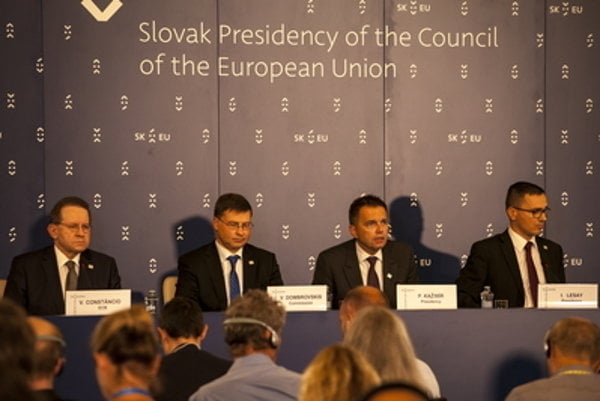 Finance Ministry State Secretary Ivan Lesay will become the new government proxy for negotiating the EU budget, replacing incumbent government proxy Vazil Hudák, the former economy minister (2015-16) and earlier a state secretary at the Finance Ministry. The cabinet approved his appointment at its session on October 5. It also approved Hudák’s departure from his office as of October 9.

The proxy’s tasks include coordinating all issues pertaining to negotiations in the EU budget vis-à-vis EU bodies, while he should also appear as Slovakia’s chief negotiator. His further duties involve communicating with the Slovak Parliament, the leadership and members of the European Parliament, and the government proxy for Slovakia’s presidency of the EU Council (i. e. Ivan Korčok).