Former Slovak president Michal Kováč was a true European who understood that the future of his country as a free and democratic state lies in Europe, said head of the European Commission Jean-Claude Juncker in reaction to Kováč’s death. 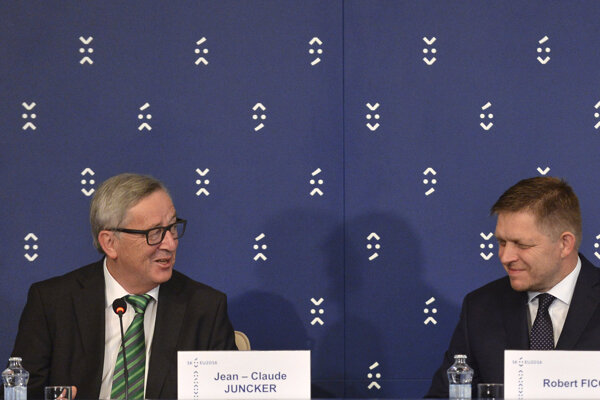 The first president of independent Slovakia, Michal Kováč (in office 1993-1998), died aged 86 on the evening of October 5.

Juncker also wrote that he learned about the death of Kováč with great sadness, and that everyone will remember the ex-president for qualities he brought into public life – moral integrity, civil enthusiasm and political engagement.

Kováč led the country in hard times, and his brave defence of democracy and rule of law helped return Slovakia to the European path. The best way to pay tribute to Michal Kováč is to stay loyal to his legacy and continue his work, Juncker added.

Czech Prime Minister Bohuslav Sobotka expressed, too, condolences over the death of Kováč. Through his post on Twitter, he stressed Kováč’s contribution to the relations between the Czech Republic and its eastern neighbour, the zpravy.idnes.cz website wrote.