Religion is not an issue with integration

Germany’s past experience shows that refugees on principle want to return home and do so as soon as their home country is safe again, says Ambassador Joachim Bleicker, the German envoy to Slovakia as of this August. 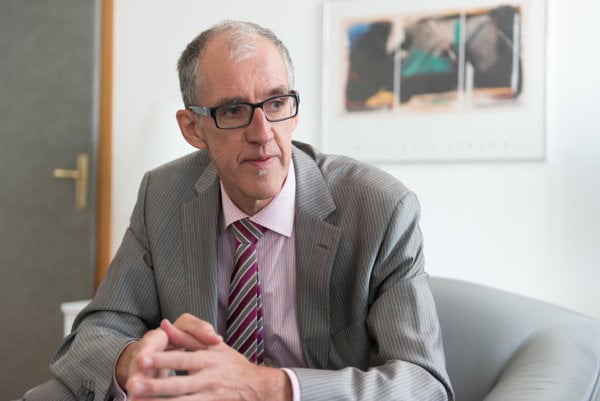 Germany’s past experience shows that in principle refugees want to return home as soon as their home country is safe again, says Ambassador Joachim Bleicker, the new German envoy to Slovakia as of August. The Slovak Spectator spoke to Ambassador Bleicker about migration and refugees, the situation in Euroope post-Brexit, Slovakia’s presidency, and the Nord Stream pipeline project.

TSS: Bratislava recently hosted the highlight event of its EU presidency, the informal meeting of heads of states. How do you view the outcome of the summit, what was the main message for you?
Joachim Bleicker (JB): All the leaders met in person to discuss and even came up with a declaration at the end. This was a big success, our chancellor was very pleased. It was a good chance for the EU to start a reflection process, to come up with concrete proposals for half a year’s time. It was a very good start, and a good public-relations event for Slovakia, because not everybody in Europe has a clear picture of what the country looks like.

TSS: Do Germans know about Slovakia?
JB: Germans maybe know more about Slovakia than people in Scandinavia or in western Europe, we are still very close together here in central Europe. Of course Germans know Vienna, Prague, and at least they have some idea about Slovakia being somewhere near there. Tourism numbers are rising and Germans are discovering the country.

TSS: This is Slovakia’s first-ever presidency. How do you perceive its performance so far?
JB: Especially for a country that is doing it for the first time, Slovakia is doing very well. The meetings are very well organised. The real work is only starting to get in full swing. Just one week before the official start of the Slovak presidency there was the Brexit referendum, then we had the first meetings and the summer break, and now since the end of August the whole machinery has started again. Of course it is a very responsible position for a presidency, because you cannot advocate the national interest too loudly, but rather bring everyone together and help to find compromises. And Slovakia is doing a very good job of that so far.