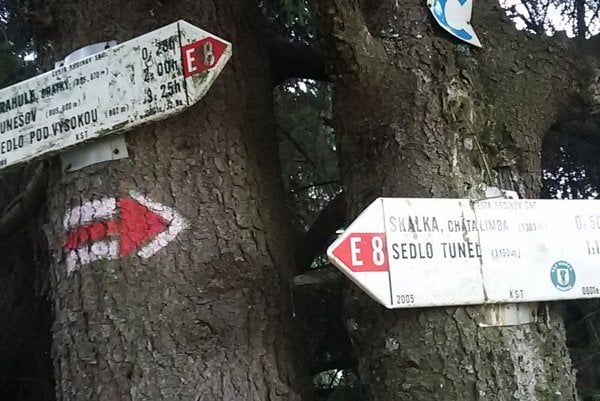 I spoke too soon today we caught two big storms. We saw the lighting hit the trees. Much too close for comfort. But in such situations unless you can get inside there is not much that you can do. Accept hope.

I will learn to keep my mouth closed. See notes to Day 15.

We had a pleasant hour or so in a bus stop in Kunešov. It would not have been so bad but the local council were repairing a road somewhere and had dumped the old surface in front of the bus stop.

Luckily, there was a pub.

Unluckily it was closed.

In brakes between the tropical storms we ventured to the local shop to restock. 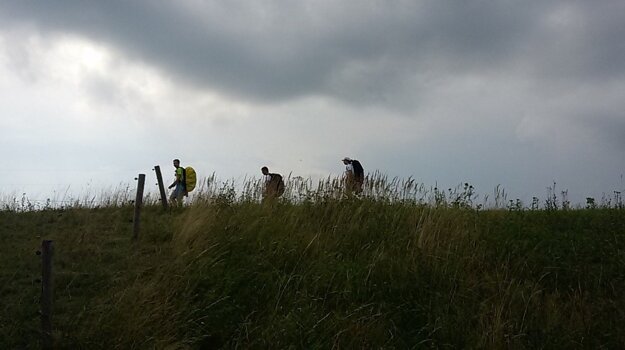 Eventually the rain stopped, or moved elsewhere and we set off once again and then pub opened. In that order. Sometimes life isn’t fair. It was obvious that we weren’t the only ones waiting. Because out of every other house trooped a man in some state of dress to welcome the daily opening. It could have been a religious thing – unfortunately we didn’t stop to find out.

We had a goal: Skalka and 15 British peaks (read the funny bits at the bottom and this might mean something).

We walked towards Kremnica, underneath which there is an estimated €8 billion worth of gold, it’s a secret so don’t tell anyone. But at current gold prices it’s not worth the effort to get it.

We would have ventured into Kremnica which was off route but the storm we had met earlier got there before us. With the storm above it Kremnica looked a bit like Mordor so we gave it a miss. What was on route, however, was the “Center of Europe”. A place of interest surely. We followed a group of Russian tourists who had been similarly mislead. It turns out that the Center of Europe is a church which was build equidistant from 7 (?) villages who weren’t allowed to build their own churches. Apparently there are many Centers of Europe but we like to believe that this is The Center. 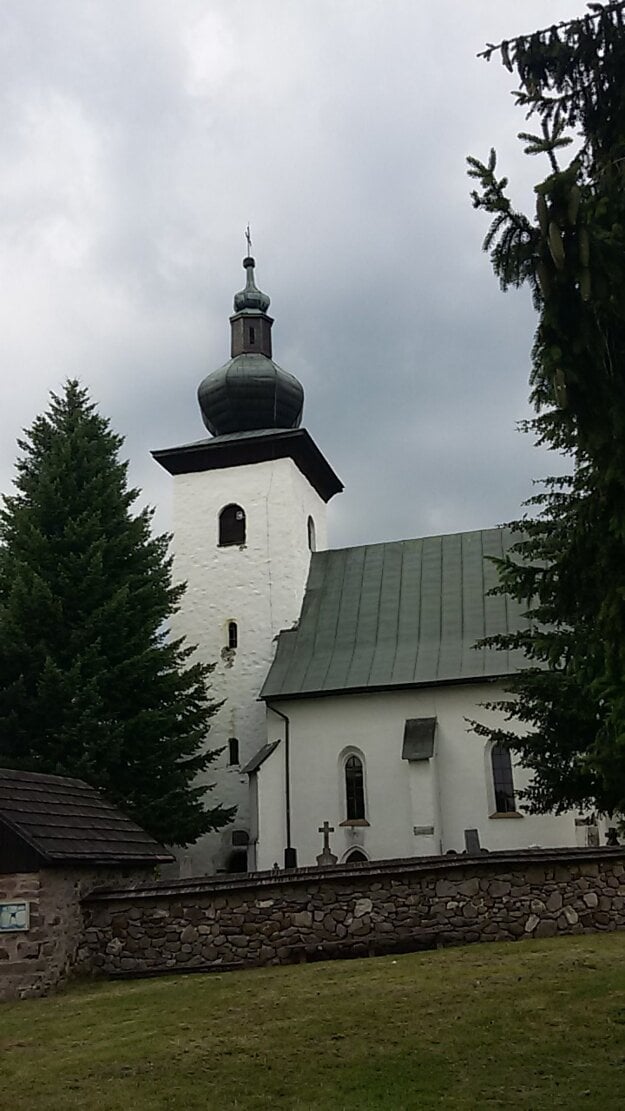 The Russians were posing for pictures a big group. ‘Say Sex’ I shouted and was told that there were children present, but it certainly broke the ice and a long and animated discussion ensued. It was hard to get away.

Off and, of course up, we got to a small ski village, Krahule, when the heavens open. This storm liked us. The clouds were doing their best to put on a good show. It rained and it thundered and it lighteninged (? – I have always wondered about that one) – a bit close for comfort when we saw a bolt touch down through a clearing in the trees a few hundred meters away.

But by the time we reached Skalka the sun was shining again. We stayed at the hotel up there with a big group of children who doing sports in association with some police group. My son spotted a girl who was from a school that he went for a day and was off to check it was her. And we thought he was too young.

Two bears had been seen the morning before. Ha – do they expect us to believe that.

We slept soundly, or we slept to the sound of 80 or so kids trying to be quiet.

General comment:
Rain. Thunder. Lighting – too close for comfort.
More open today. Waited the rain out in a bus stop.
Walked past the center of Europe.
Walked over a lot of gold.
The 15 highest mountains in England – 11,912 meters. Way to go England. A long way to go.