Bratislava has a tree-house 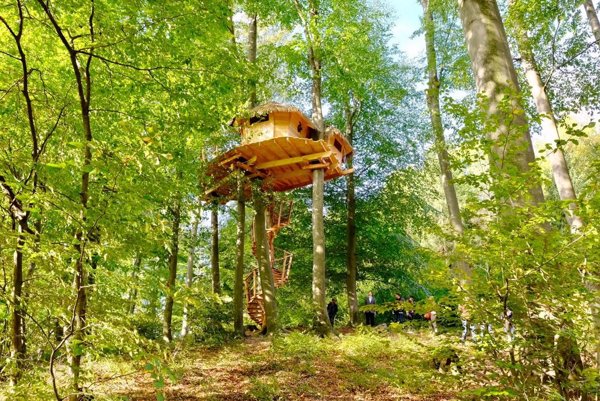 It is not necessary to travel far from Bratislava to experience a night in a tree-house. One has just been built in the city’s forests above Bratislava in the Kačín recreational area. Bratislava Mayor Ivo Nesrovnal launched the tree-house on October 6.

“We want to offer people an non-traditional experience to enjoy the city’s forests,” said Nesrovnal as cited in the city council’s press release. “This is why we have been offering, as of today, the possibility to use the tree-house which is actually the first such house in the entire country. The tree-house is suitable for families with children and will please especially children who love adventure.” 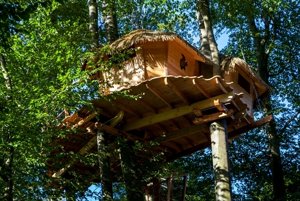 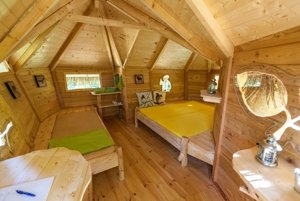 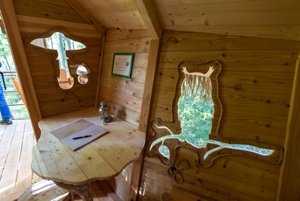 The tree-house at Kačín (5 photos)

The tree-house can cater for up to three people who wish to spend a night in the treetops. In the house there is a double bed and another single. Those interested can book it at the website of the house’s administrator, the city’s forest company Mestské Lesy v Bratislave - www.ba-lesy.sk.

The tree-house is 26 square metres in total, the house making up 15 square metres with a terrace of 11 square metres. The house is at a height of six metres above the ground and it is fixed to the tree-tops by steel ropes. It is accessible by a spiral stair. There is neither water nor electricity in the house although there is an ecological WC nearby. 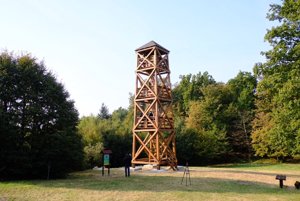 Construction of the tree-house cost €16,400 and was financed from the city project called Million for Bratislava, which Mayor Nesrovnal introduced in July. Its aim is to invest saved money to improve the quality of public spaces and hence the free time of Bratislavans. Another project financed from this scheme was the wooden lookout tower erected at Kamzík.