Within the series of protests against low salaries and lack of investment in the education sector, some 150 teachers came to downtown Bratislava on October 7 to express their dissatisfaction with negotiations. 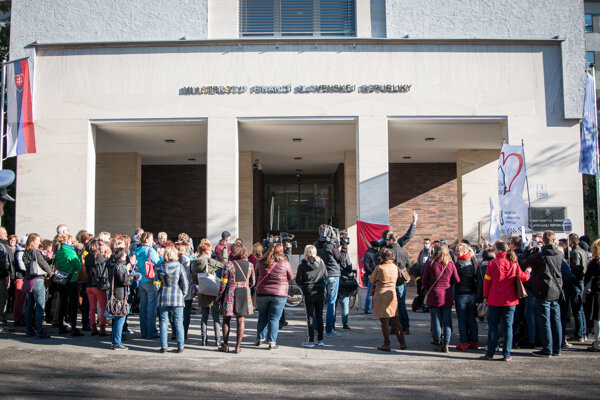 Teachers started their protest march at 8:30 at Trnavske Mýto Square and moved from there to the Finance Ministry. The march was organised by the Slovak Teachers Initiative (ISU).

Dissatisfied teachers symbolically handed over what they call a “basal investment circle” to Finance Minister Peter Kažimír. The symbolic circle should illustrate that if investments are made in the education sector, teachers’ salaries and school equipment, it will increase the attractiveness of the teaching environment. This creates competition among teachers, which brings higher quality teaching that subsequently mirrors better results from pupils. This propels growth of the entire GDP, and GDP growth then enables investment in the education sector.

“Unfortunately, we are currently witnessing a different circle,” Vladimír Crmoman of ISU said, as quoted by the TASR newswire. “The whole week of collective bargaining, it is a mockery, a big zero.” 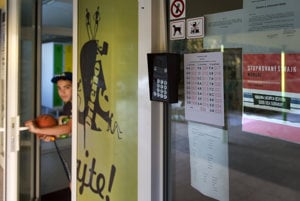 According to results of the third round of collective bargaining, wages of state and public servants should go up by 3 percent. However, this would not apply to teachers. According to Kažimír, teachers’ salaries have already been increased by 6 percent beginning in September.

Crmoman said that school organisations that signed a joint declaration will meet next week. They should discuss further procedures in cooperation with school trade unions.

The teachers’complaints also include ignored recommendations of the European Commission and OECD and too great of disparity among schools, the Plus jeden deň daily wrote on October 8. 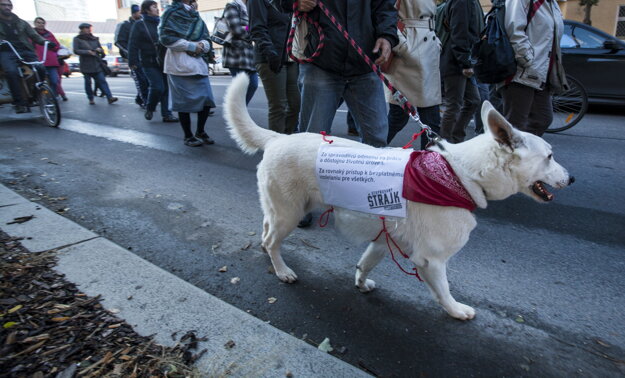 "For a just renumeration and dignified living standards", says the inscription, adding also "For equal access to education for all". (Source: TASR )

In addition to the protest march, a graded strike took place at some schools with four lessons being dropped on October 7. This time, over 1,700 teachers from 204 schools joined the strike. Last time 2,031 teachers joined the incremental strike on September 29. There are around 6,590 schools (of all kinds) and over 71,500 teachers in Slovakia. ISU has already announced that it will continue the graded strike.

Dissatisfied teachers want the salaries for teaching and expert non-teaching staff at primary and secondary schools to be increased across the board by €140 per month this year and by another €90 per month as of 2017. Apart from that, the budgets of the ministries of education and interior should be increased by €400 million in order to make it possible to eliminate gaps in terms of the equipment available to individual schools.

The next round of graded strikes was slated for October 13 but will be scrapped due to state mourning and the official funeral of the first president of independent Slovakia in modern era, Michal Kováč, planned for that day. The graded strike will continue on Wednesday, October 19. 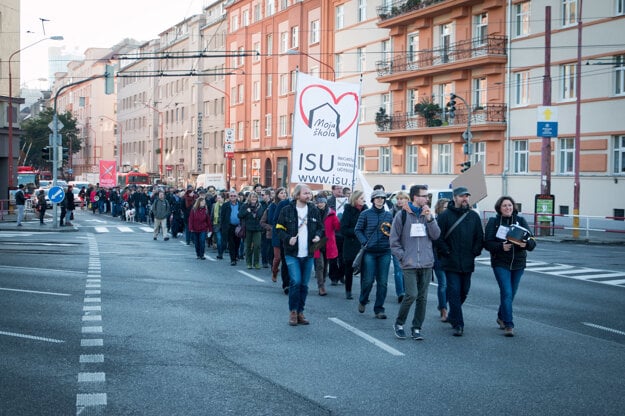