MP Kollár met with Bratislava gangland even after 1989 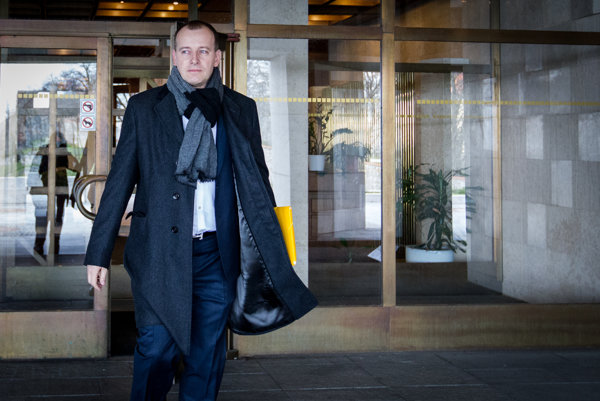 The National Security Authority (NBÚ) has verified the authenticity of documents which connect MP Boris Kollár (Sme rodina / We Are Family) with the gang culture active in Bratislava after the Velvet Revolution in 1989, the Sme daily reported.

Documents about Kollár's alleged contacts with gangland figures were sent to the editorial office of Sme before the parliamentary elections in March 2016 and were found to have originated from the Office for the Protection of the Constitution and Democracy which replaced the communist-era secret police (ŠtB) after the revolution.

“We found that the documents, made public by the media, are available at the Nation’s Memory Institute (ÚPN),” NBÚ stated after seven months of verification, as quoted by Sme.

ÚPN archives documents concerning the activities of the former state intelligence service including those shortly after 1989 and provides them only after declassification for investigation. However, NBÚ discovered that the documents related to Kollár were declassified in August 2004 and therefore there were no legal violations. 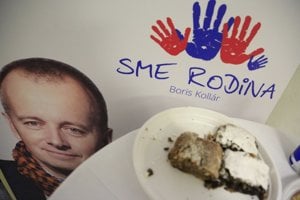 The two documents, structured in the same away as the reports compiled by ŠtB before 1989, identified Kollár as a servant of the businessman and strong man of the Bratislava gangland, Peter Steinhubel, also called Žaluď (Acorn), who was gunned down in 1999. Although Kollár deems suspicions about his illegal activities in the past as nonsense, he admits that he knew Steinhubel and another former mafioso Roman Deák from childhood, Sme wrote.

The group with which Kollár is suspected of being connected dealt not only with illegal money exchange and the smuggling of goods, but one note from October 1990 shows that they also participated in smuggling drugs from Turkey to Germany through the former Czechoslovakia.

In addition to the documents from the intelligence service, the media received other materials about Kollár‘s dirty past, including photos with another boss of the Bratislava gangland, Juraj Ondrejčák, on vacation in Cuba in 2006, after the parliamentary elections when Kollár negotiated with SaS chair Richard Sulík about a potential right-wing government, Sme reported.

Kollár responded to the photos with the fact that in 2006 he did not know that Ondrejčák was a mafioso. Moreover, Daniel Lipšic, who gave up his MP mandate at the end of September as he was involved in a tragic road accident, stuck up for Kollár and claimed that the oligarchs wanted to obstruct the right-wing cabinet. On the other hand, Marián Kočner, a businessman from the gangland lists, openly spoke against Kollár.

In the past, tycoon Juraj Široký, who is an alleged sponsor of the ruling party Smer, and the Czech Finance Minister of Slovak origin, Andrej Babiš, were subject to conviction for their collaboration with ŠtB. However, the court ruled that there was insufficient evidence that Babiš was an ŠtB agent in 2015. Moreover, the ŠtB are suspected of keeping data about their secret cooperation with former PM Vladimír Mečiar.

In 2008, ÚPN disclosed a record about the emigration of former SNS chair Ján Slota in 1971 who was arrested by police when he decided to voluntarily return to the homeland. His companion, Jozef Rendek, was considered to be a leader of the criminal gang in Prievidza, Sme wrote.