Vazil Hudák is the first Slovak ever to assume such a post. 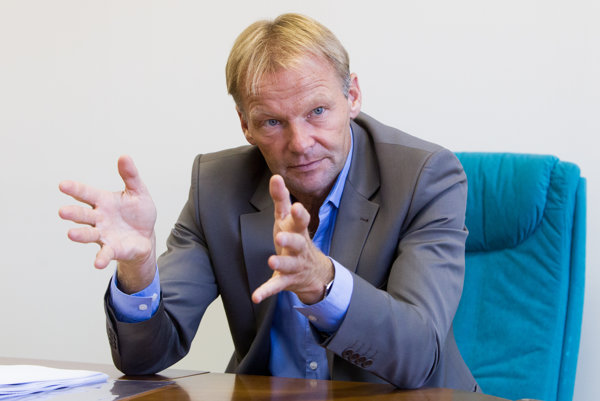 Hudák is the first Slovak ever to assume such a post and has thus become a member of the EIB management committee.

“The EIB is a European success story,” said Hudák as cited in the EIB’s press release. “It fosters investment in viable projects, puts money and people to work, and helps make Europe more competitive worldwide. It is now called upon to tackle the momentous difficulties that face Europe as a whole, and it is demonstrating that it can remain relevant and rise to the challenge.

The former economy minister expressed pleasure that he is joining the EU’s Bank “at this delicate time and I look forward to putting my experience at the service of its continuing success”.

Hudák was appointed by the EIB Board of Governors based on a proposal from the Slovak Finance Ministry that was approved by Bulgaria, the Czech Republic, Croatia, Hungary, Malta, Poland and Slovenia.

The EIB is the only bank owned by and representing the interests of all EU-member states. As the largest multilateral borrower and lender by volume, the EIB provides finance and expertise for sound and sustainable investment projects that contribute towards furthering EU policy objectives.

The Management Committee is EIB’s permanent collegiate executive body with nine members. Under the authority of the EIB president and the supervision of the Board of Directors, it oversees the day-to-day running of the EIB, prepares decisions for the directors and ensures that these are implemented.