Slovakia hosts Empowerment of Roma Youth as a Driving Force behind Change. 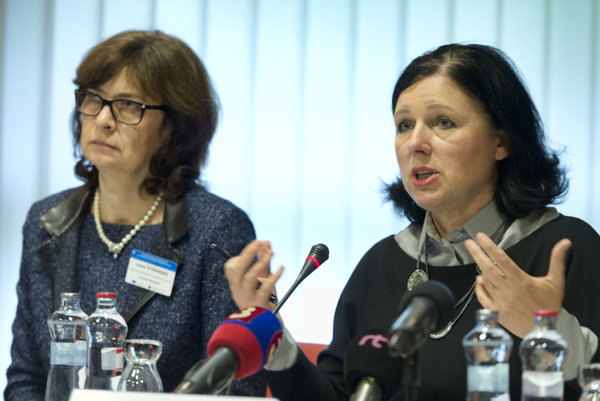 Young Roma in Europe have a lot of skills and capacities and would like to participate actively in shaping their own future, but they often lack the opportunities to use their capabilities to the fullest, said European Commissioner for Justice, Consumers and Gender Equality Věra Jourová at a conference entitled Empowerment of Roma Youth as a Driving Force behind Change, starting in Bratislava on October 10. She added that Europe cannot afford to waste the potential of yet another generation of Roma people.

The two-day conference focuses on the support of key roles of the Roma youth as a driving force in the process of Roma integration. The conference should provide impetus for Europe and the EU-member states to overcome persisting barriers more effectively.

“We are here to listen to your hopes and your views,” said Jourová as cited by the TASR newswire. “Your engagement is very important for the expansion of mainstream politics that pertains to the entire society.”

Slovak Justice Minister Lucia Žitňanská warned that Slovakia owes a huge debt to the Roma youth. Despite Slovakia having one of the most progressive anti-discrimination programmes in Europe, an assessment of the real situation has shown that Roma have a 50-percent lower chance of being hired than people from the majority population with the same qualifications.

“It is our duty to change that,” stressed Žitňanská.

Žitňanská believes that Slovakia has to react to the increase of extremism and racism more emphatically, as these prevent not only integration, but also the Roma population from tapping into their potential.

“That is why I have decided to initiate an extensive change of the Criminal Code concerning crimes linked to extremism and racially motivated crimes,” she said, adding that part of the initiative should be the creation of a specialised court and a prosecution office that would handle such crimes.

Slovak Labour, Social Affairs and the Family Minister Ján Richter pointed out that the integration of the Roma is an EU-wide issue. He described the integration as a moral and economic imperative. He also pointed to some activities and projects of the Slovak Government in terms of helping the Roma.

“It is not the cabinet’s goal to import a cheap workforce from third world countries but to prepare our own citizens to be able to take up a job,” said Richter. “It pertains to the Roma community to a significant degree.”

Government Proxy for Roma Communities Ábel Ravasz said at a meeting with young Roma leaders that the topic of young Roma is specific, among other things, partly due to the fact that it is not being discussed.

“We are talking about issues such as segregation, discrimination, opportunities on the labour market, but we are not talking about the future of young Roma, how to help those who have already some experiences,” said Ravasz. “I want you to be present when determining your own destiny and the destiny of Roma youth as a whole.”

One of the participants in the debate, Dávid Korčkovský, who works for a non-profit organisation focusing on Roma children, believes that there will be more such events in the future.

“I am not a theorist, I am a person with practical thinking, and these opportunities to exchange views and experience, along with practical training are driving me forward,” he said.

More than 250 participants from among the EU-member states will attend the conference, including young Roma, representatives of relevant ministries, international organisations, the European Commission, the European Parliament, the Council of Europe as well as representatives of non-governmental organisations, experts and policy makers in the area of the social inclusion of Roma people.

Read more articles by the topic
This article is also related to other trending topics: Roma community