History is like a very long story of which nobody remembers the beginning quite clearly. This is especially true in cities where monuments commemorating older events are usually replaced by newer ones. 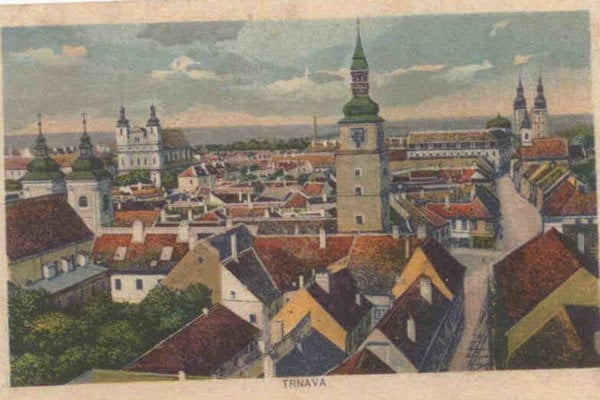 Almost nothing is known about the stay of the Order of Saint John in Trnava. It is known that in Hungary, their convent resided in Székesfehérvár and we can suppose that these knights also operated in other places. In cases when their presence is supposed but distinct evidence is missing, historians use minor traces, however small, to piece together the story.

For example, the names of streets which came to exist in the Middle Ages can be clues. In Trnava, there are two streets called “Jerusalem” and “Jericho”; despite their names they are not connected with a Jewish ghetto in any way. On the contrary, the existence of such unusual names points to the presence of Johannite monks who founded their order in Palestine during the 12 th century  – in Jerusalem. The knights brought the name of the legendary city with them wherever they went, not only in Trnava but also in Piešťany and in the more northern Slovak town of Kežmarok, the hill called Jeruzalemberg.

The ancient existence of the Order of Saint John in Trnava is implied also by the patrocinium (the patronage of a saint) of the oldest Trnava church, which is dedicated to St. John the Baptist – coincidentally also the patron saint of the Johannite order.

Their monastery probably used to stand on the site of today’s University Church. Although we do not know its appearance, it is quite possible it looked like other churches of the order: Order of Saint John used to build them together with a hospital, while the in-patient wards were directly connected to the church. For those who could not participate in the Mass near the main altar due to being ill, another alter would be placed directly in the hospital rooms by the knights.

Further historical and archaeological research will hopefully bring more information on the operation of this charity order in Trnava.

This coloured postcard from 1920 brings a nice view of still integral historical centre. The many church towers in the picture remind of the ornate nickname of Trnava as the “Slovak Rome”.