Kiska: Slovakia can learn much from Romania

The Slovak president is also ready to help the country join the Schengen club. 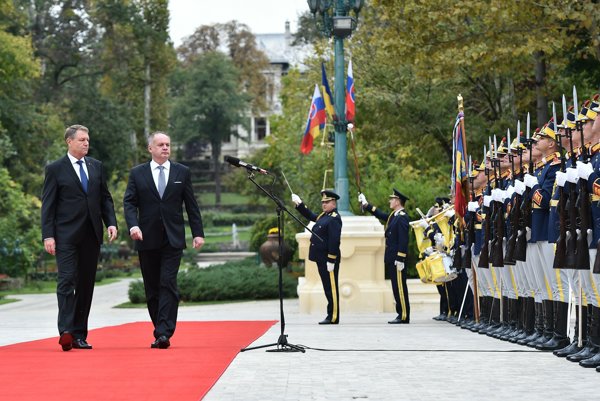 Romania has combined economic growth with the fight against corruption. In this respect, Slovakia can learn much from it, said Slovak President Andrej Kiska after meeting his Romanian counterpart Klaus Iohannis.

Except for the work of the Romanian anti-corruption unit which has launched proceedings against thousands of state representatives in the past three years, the presidents also discussed the efforts of Romania to join the Schengen structures. Kiska has expressed support for these attempts, the SITA newswire reported.

“We will do everything we can to help Romania,” said the Slovak president, as quoted by SITA, during his official two-day visit to the country.

The two presidents also talked about the current situation in Europe, including the migration crisis.

Kiska has also met with Prime Minister Dacian Ciolos and visited the Slovak community which has been living in Romania for more than 200 years, SITA reported.