But it is gradually recovering from the July holiday break, according to an analyst. 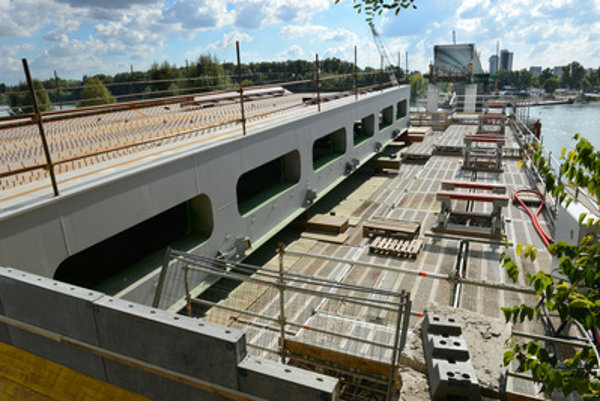 Construction production continued decreasing in August, for the sixth month in a row. The total construction output fell by 9.7 percent year-on-year to €450.9 million.

In monthly terms, construction output increased by 6.7 percent, after a seasonal adjustment, the Statistics Office informed.

This was mostly the result of the gradual recovery of the sector following the July holiday season, according to Ľubomír Koršňák, analyst with UniCredit Bank Czech Republic and Slovakia.

The construction output realised by domestic construction companies dropped by 10.2 percent year-on-year to €428.8 million. Its share of the total construction output declined by 0.5 percentage points y/y, to 95.1 percent. The development of the domestic output was affected by the decrease of new construction, renewals and enhancements by 19.4 percent and by the increase in repairs and maintenance works by 14 percent.

In the structure of the domestic output, new construction, renewals and enhancements represented 67.1 percent (down by 7.7 percentage points y/y). The share of repairs and maintenance works grew by 6.6 percentage points to 31.2 percent. In terms of output specification, the volume of civil engineering works significantly decreased by 30.9 percent y/y, while works on construction of buildings rose by 4.9 percent y/y.

The construction of buildings was represented by 67.3 percent and civil engineering works accounted for 32.7 percent, according to the Statistics Office.

Non-domestic construction output carried out by construction companies increased 0.8 percent y/y, while its share represented 4.9 percent out of the total volume of the output. 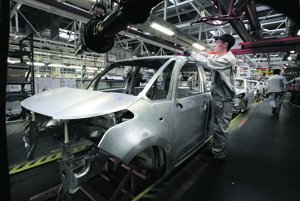 During the first eight months of 2016 compared with the corresponding period last year, construction output declined by 6 percent to €2.9908 billion. Domestic output decreased by 6.8 percent to €2.8245 billion.

The volume of works in new construction, renewals and enhancements dropped by 11.5 percent to €2.005 billion. Repairs and maintenance works rose by 4.3 percent to €773.5 million. In the structure of the domestic output, the share of new construction, renewals and enhancements decreased by 3.7 percentage points to 71 percent, the share of repairs and maintenance works increased to 27.4 percent. A growth by 11.6 percent was recorded in non-domestic output, according to the Statistics Office.

The construction sector is currently witnessing the end of higher package projects financed from the EU funds allocated for the 2007-2013 period which still have not been substituted by new funds, Koršňák said.

“The construction of the first stretches of new highways financed via either public-private partnership projects or from the new programming period will not start earlier than the end of this year,” Koršňák wrote in a memo.

The infrastructure segment will thus draw the construction downwards in the following months.

As for the construction of buildings, Koršňák expects a strong growth in the residential sector. As for non-residential projects, he also expects more significant restoration of construction in the first half of 2017.

“Construction should thus report an annual drop in production in the following months,” the analyst added.