Thirteen mothers from different corners of Slovakia met to pay homage to mothers by taking photos for a calendar with folk costumes from around Slovakia. 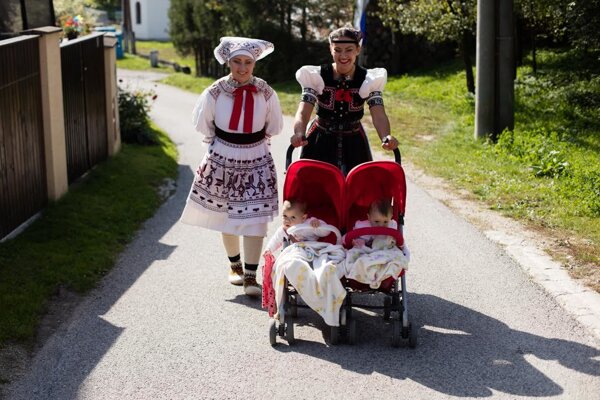 Ethnologist and folklorist Júlia Marcinová stands behind the idea of connecting mothers and bringing them to Ďurčiná . Together with her friends, they spent one whole Sunday shooting photographs. A calendar will be published from these photographs to honour the traditional mother.

Thirteen women in folk costumes put on the head bonnet, which married women couldn’t be without in the past.

“We are women-mothers, everyone of us works on something else. We are from different corners of Slovakia, two of us even came from abroad. We want to introduce traditional culture and life, as our ancestors used to live. The result of the photography session will be the calendar; near each photo will be the lyrics of a song from that region. A mother is mentioned in each of these songs in a particular lifelong situation, because our ancestors put their entire lives into the songs,” explains organiser Júlia Marcinová. She added, that the age of the women spans from 30 to 48.

“We didn’t want thin models with a perfect body to pose,“ said Marcinová and added that most of the women are ex-members of the folk group Rozsutec.

Photographing the folk costumes was organized under the Club of Iron Mothers, an online club of more than 2,300 women. According to founder of the club, Katarína Strýčková, it’s a place where members can express themselves and exchange opinions on motherhood, education of children, traditions, values, and the role of woman-mother in a family, at work and in society.

The idea of calendar inspired her immediately. “We wanted to pay a tribute to mother as a holder of life, keeper of children, the one who holds values and traditions of a family, to a mother as a source of love and to her charm in every form and age. We are normal women, not models, every one of us is different. Same as the folk costumes – totally authentic, not one seems like the other, but all of them have a heritage from our grandmothers,“ said Strýčková.

Photographer Peter Fehér took photographs in Ďurčiná in the old wooden house of Stankovci, as well as in the surrounding area. The photographs document the variety of traditional holiday clothing in various regions of Slovakia. 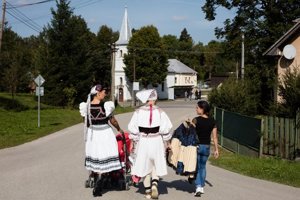 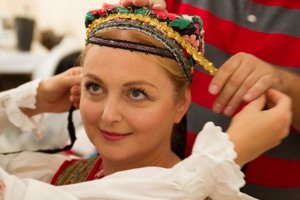 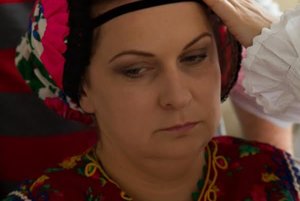 This article was published by nasazilina.sme.sk.