Entrepreneurs from Belgium advise Slovaks on setting up SMEs

Lack of entrepreneurs in Slovakia is because of a lack of ideas, says chairman of CIDIC. 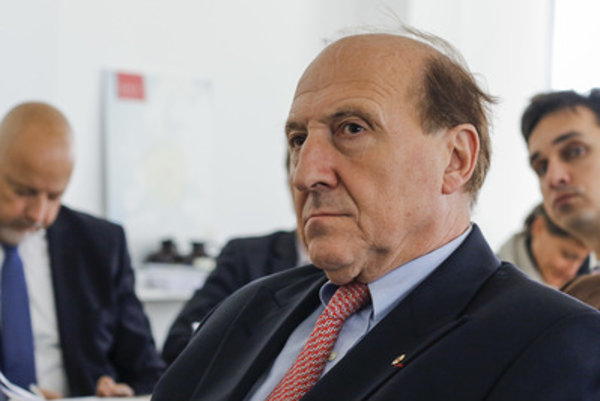 The CIDIC, the International Circle for Diplomats and Consuls, is based in Brussels and its goal is to help students and new businessmen with their innovative ideas and the setting up of companies, the TASR newswire wrote.

The Slovak Economy Ministry asked the CIDIC to send entrepreneurs to Bratislava who would be able to advise people in Slovakia on setting up small and medium-sized enterprises. The Steering Committee Chairman, Frederic de Pryck, who is also present on the mission, thinks that it is not a money problem, as Slovakia has received investment funds for new companies from the EU.

“The problem lies in ideas - there aren’t enough new ideas,” de Pryck said, adding that there are a lot of young people in Slovakia, but they need help in establishing businesses.

He also pointed out that, although multinational automakers provide a great deal of employment in Slovakia, they offer low salaries. The Slovak economy is too dependent on large multinational companies operating mainly in the automotive industry, stated the steering committee chairman. “This isn’t much motivation for students graduating from universities. Why would they study five years to become engineers and then work for €700? It’s unacceptable for them,” he said, noting that this is the reason why many university graduates leave Slovakia to work abroad.

At the meeting, the Economy Ministry also showed potential investors the conditions for obtaining state aid in Slovakia. “I told them we’re particularly interested in investing in the least developed districts – in central and eastern Slovakia,” Director General of the Ministry’s Industrial Development and Investment Section Dušan Jurík said. “So that the Belgian investors see that the government has a positive attitude towards investors and that the support is real.”

The two-day visit of the CIDIC delegation is aimed at getting to know Slovakia better in terms of economic, trade and investment opportunities. It organises two missions per year in which ever country that is presiding over the Council of the EU. The current mission is to Slovakia, therefore, while the next one will take place in the country that is due to assume the rotating presidency on January 1, 2017, Malta. The mission’s participants come from countries that have recently held the presidency.