Courts need to consider the position of Chechen man in Slovak custody who Russia accuses of terrorism but was granted refugee status by Sweden. 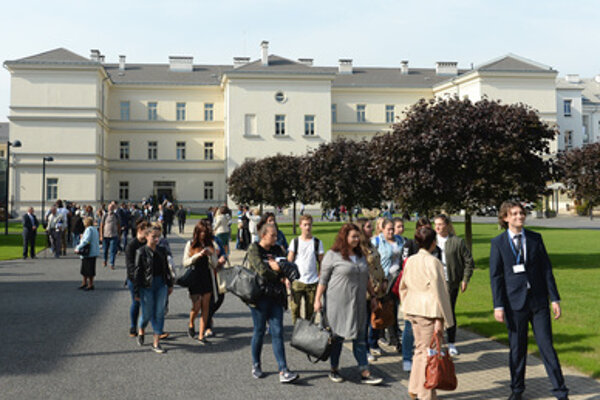 The Slovak Constitutional Court refused the complaint of K Hamzat Sh., charged with terrorism in Russia, who pointed to his rights being violated by the verdict of the Regional Court in Košice concerning him being taken into extradition custody.

The CC panel deemed his reservations unjustified on October 13.

“As we have used all the domestic tools to contest the decision on taking him to extradition custody, we will turn to the European Court for Human Rights,” Hamzat’s lawyer Iveta Rajtáková said, as quoted by the TASR newswire.

The verdict of a three-member panel of the Constitutional Court was added with a different stance of its chairman Lajos Mészáros, which shows, according to Rajtáková, that the decision may be argued against.

Hamzat Sh., Chechen by origin but with the status of refugee in Sweden, has been asked for extradition by Russia. He was detained by Slovak police on January 15 at the Vyšné Nemecké border crossing based with an international warrant. Since then, he has been detained and the Supreme Court has also approved his extradition custody.

On September 8, 2016, Košice Regional Court ruled the extradition of Hamzat Sh. for criminal prosecution to Russia admissible. The Chechen man, aged 33, appealed this verdict and the Supreme Court will decide on the appeal.

Currently, the Constitutional Court has not judged on the admissibility of the extradition to Russia itself, but it stated that lower-instance courts will have to, when defining the ultimate stance in the end of the extradition proceeding, “come to terms with all legally relevant issued stemming form the fact that the complainant was given the status of a refugge in another European Union member state, and consequently scrutinise and evaluate also the current judicature of the European Court for Human Rights”, as quoted by TASR.

Hamzat Sh. refuses the accusations of Russian authorities accusing him of terrorism in 2004 in the Chechen city of Grozny. He deems the Moscow request politically motivated; this opinion was also that of Swedish authorities who granted him asylum in December 2011 while giving him the status of refugee. His mother, three sisters and two brothers also received refugee status. Russia's reason is the top position of his brother Aslan in the government of the former separatist Chechen Republic under ex-president Aslan Maskhadow.

The public court session on October 13 took place under heavy security measures and his two sisters were also present.