How China may punish Slovakia for meeting with Dalai Lama

China has threatened retaliation for meeting between Slovak President Kiska and the Dalai Lama. 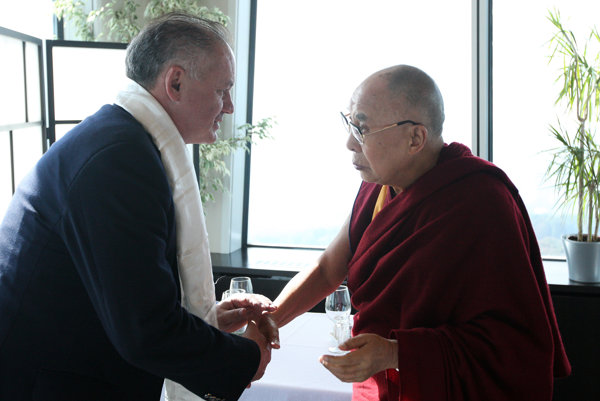 While China has threatened retaliation for the meeting between Slovak President Andrej Kiska and exiled Tibetan spiritual leader the Dalai Lama, no real sanctions are expected. China has been sending similar threats to each country whose leader has met with the Dalai Lama in person , whom it considers to be a man promoting independence for the Himalayan region.

The Dalai Lama, who is on a trip to Europe, met President Kiska on October 16 over lunch in a restaurant in the television tower at Kamzík above Bratislava. 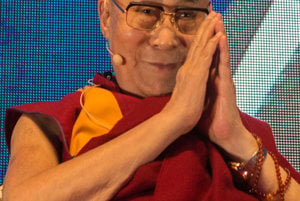 Chinese Foreign Ministry spokeswoman Hua Chunying said Kiska had ignored China’s “strong opposition” to the meeting, which was contrary to the “one China” policy the Slovak government has promised to uphold, Reuters wrote.

“China is resolutely opposed to this and will make a corresponding response,” Hua told a daily news briefing in Beijing, without giving details, as cited by Reuters.

A few days before the visit, President Andrej Kiska met the Chinese Ambassador Lin Lin to explain to him the personal reasons for his private meeting with the Dalai Lama, said Kiska's communications advisor Roman Krpelan on October 17 as cited by the TASR newswire in response to the Chinese Foreign Affairs Ministry's statement.

The Slovak president assured the Chinese ambassador of his interest in continuing good relations between the two countries.

"He highlighted that the meeting wasn't in any way meant as a challenge to Slovakia's unequivocal attitude towards the one China policy," said Krpelan.

The Chinese Embassy to Slovakia has not specified any sanctions yet, the Sme daily wrote on its website on October 17.