This year’s edition of the festival will feature a musician who played with Prince, a New Orleans pianist and Czech jazz legends. 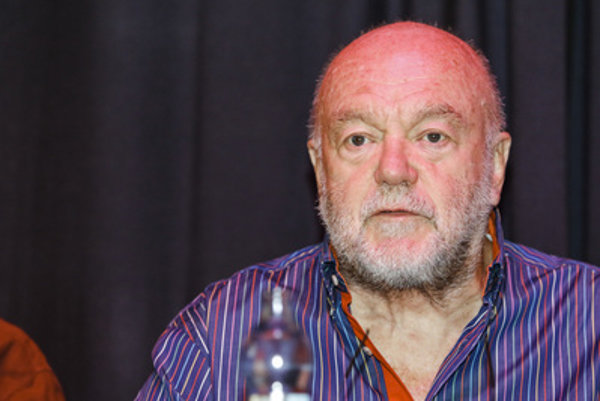 More than forty years old, this event still strives for 100 percent audiences year after year. “If we stopped, things might turn out badly,” organiser of the Bratislava Jazz Days, Peter Lipa, says.

This year, it will take place at the Incheba fair complex again – which can accommodate thousands of visitors. For Lipa, this means he had to put together the line-up with an open mind. He accepted the requirement for the musical dramaturgy to be fun. „Each and every jazz day is a seven-hour concert,” he stated. “I suppose people will leave it to buy a beer and to select the performance that is specifically attractive to them.”

His personal choice, as a visitor, would be the following gigs:

This year, his biggest priority is to see the performance of Jon Cleary. „He is an excellent performer, fabulous composer and although he is from Britain, he represents the music of New Orleans,” Lipa opines. The pianist, aged 50, won a Grammy Award. When young, he was fascinated by punk concerts and he listened to his uncle’s jazz records. He saw the same energy he witnessed at wild punk gigs in the musicians from New Orleans. Thus, he decided to move there. He was only 18 and had the number of a single jazz bar in his pocket. For some time, he was poor, changing odd jobs, until he got a chance, for the first time, to play piano for the public.

„I am glad we managed to get him – after two years,” Lipa, himself a jazz musician, said. He would like to ask Cleary several questions about the New Orleans scene: „The local way of playing piano is very specific.”

Lipa is also interested in US bass guitarist Nik West. She has played with many renowned musical personalities but one of them seems to have impacted her more than the rest. „In her music, you can feel the impact of Prince,” the jazzman explains. “He has never been my favourite, nor did I see him perform live but you can feel something different, something specific, in the work of Nik West,“ Lipa assesses her. The organiser expects her to offer an interesting visual show onstage, too.

Peter Lipa visited Cuba three times. He performed there with a big Cuban orchestra. During every visit, he realised one strange phenomenon, “None of the Cubans plays the music accurately: they tend to mix rhythms, and a foreigner gets confused. I remember a concert there when everyone around me danced and I was waiting clueless for the right beat to start dancing to,” Lipa says. Thus, he also this year included Latino music represented by the Tiempo Libre band on the list.

US singer Luba Mason cannot wait to visit Slovakia; she has a special connection to it. It is a great responsibility for her to prepare an excellent concert for Bratislava, as her parents were born here and she has her roots in the country. „I know she is a good singer, and thus, I want to support her as much as I can.” Lipa revealed. Mason sang in musicals on Broadway, and she started to perform alongside Brazilian and Italian musicians. Thus jazz is always fused with world music in her style. On the stage she will be accompanied by local talents.

Peter Lipa is very curious to see how the duo of legendary Czech musicians, bassist  Miroslav Vitouš and saxophonist Jiří Stivín will complement one another. They have known one another since the 1960s but their joint concerts are a rare occasion. “I know the work of both of them, they are open-minded people,” according to Lipa.

The young British band GoGo Penguin is an interesting case for the Slovak jazzman. Its album v2.0 was nominated for the prestigious British Mercury award, and currently they release their albums with the famous jazz label Blue Note. However, Lipa is a bit sceptical: „I listened thoroughly to their last album,” he said. “There is not much happening, from the musical point of view, but I got intrigued after their world-wide success. It has the kind of energy thanks to which it can work miraculously. I am looking forward to the concert to find out why they are so good.”