US Ambassador: Russian disinformation is a problem throughout the region

Radicalization starts with the loss of confidence in democratic institutions. Propaganda undermines this confidence and thus contributes to radicalization, says the new US Ambassador to Slovakia, Adam Sterling. 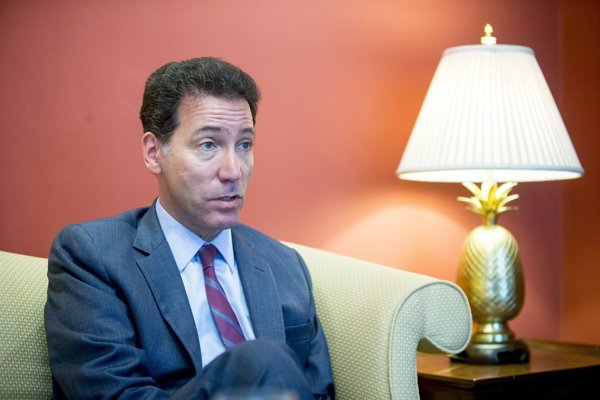 SME: You are the first career diplomat in the post of the US Ambassador to Slovakia. Why?
Adam Sterling (AS): It’s President Obama’s decision. He did not tell me that there was a specific reason why a career diplomat now, rather than a political appointee. But I would not ascribe political significance to it.

SME: Some commentators say that with the situation in Hungary getting worse, there is a risk that something similar could happen in Slovakia and that is why the US needs to have a skilled diplomat here.
AS: No, I have heard no such discussions in Washington. The president chooses who he thinks is the best candidate to serve as ambassador.

SME: Ambassadors sometimes change after elections. Could that happen with you?
AS: When there is a change of president, all presidential appointees, that includes all US Ambassadors, offer their resignations to the new president. It’s up to the new president to decide whether to accept them. Traditionally most career people stay on because we don’t have a political identity.

SME: But if the president really changes the political direction, which could happen if Mr Trump wins, could you for instance decide you no longer want to work in the post?
AS: Every public servant has the freedom to make such decisions. Certainly that is an option. Some of my colleagues, not ambassadors, over the course of my career, have chosen to resign due to matters of conscience, during the Balkan wars in the 1990s, for example.