New IC trains will be faster, with fewer stops 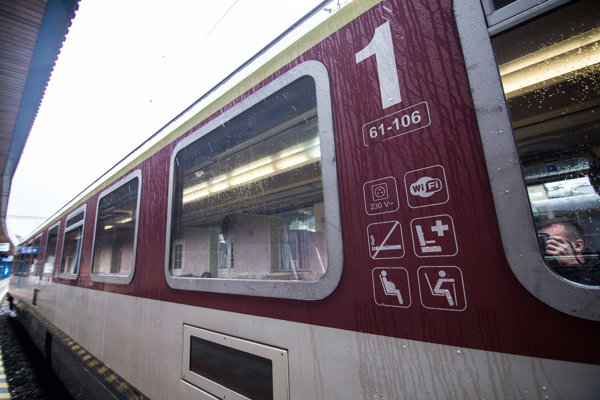 State-run carrier Železničná Spoločnosť Slovensko (ZSSK) will dispatch the first InterCity trains, after nearly a year, on the Bratislava-Košice route on the morning of December 11. Compared to the IC trains scrapped last January, the new trains will be faster by about 20 minutes thanks to fewer stops.

“IC trains were introduced on the Bratislava-Košice route as a fast connection between the two biggest cities of Slovakia,” recalled Desana Mertinková, railway transport expert and editor-in-chief of Železničná Doprava magazine, for the SITA newswire. She added that such a model is used around the world and that it is common in many countries that some trains have only two stops – the starting point and the final destination.

The Transport Ministry came to the conclusion to resume running IC trains operated by ZSSK on the Bratislava-Košice route after 11 months,  realizing that such a connection is missing from the Slovak market and there is demand for it. It believes that passengers will find shorter the travelling time attractive enough to ride IC trains and make them profitable.

“It will be one of the fastest trains from Bratislava to Košice,” Transport Minister Arpád Érsek (Most-Híd) told the October 4 press conference, as quoted by the SITA newswire.

Érsek admitted that restoration of the IC train was also a political decision, while he considers the scrapping of IC trains was an incorrect decision.