Mochovce completion may be late, again

Even new deadlines, five years after the original deadlines, may not be final. 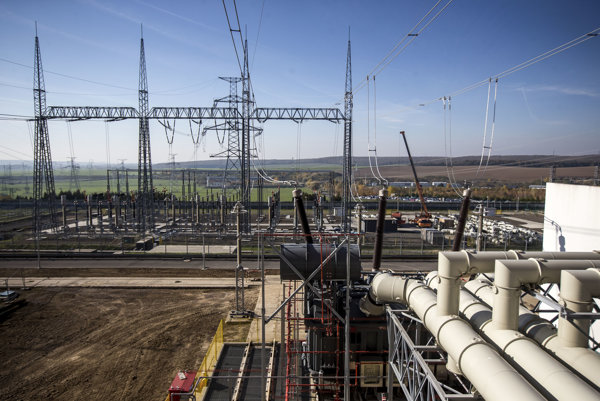 It will soon be 34 years since the construction of the nuclear power plant in Mochovce (Nitra Region) began. While the first and second reactors were completed in 17 years, the third and fourth ones are still under construction.

The date of completion has been postponed several times, and it seems that not even the last ones set for 2016 and 2017 will be met, the Sme daily reported.

The dates of completion may be delayed by one year, with the two blocks being completed in autumn 2017 and 2018, respectively, spokesperson for the Nuclear Regulatory Authority (ÚJD) Zuzana Hosťovecká told Sme.

Even the new deadlines may not be final, according to Peter Marčan of the Institute for Energy Security. In case of this project, in which the deadlines have been postponed several times, it is hard to say whether the new terms are definite or not, he told Sme.

The remaining two blocks of the Mochovce power plant were originally expected to be completed in 2012 and 2013, respectively.

Slovenské Elektrárne (SE), the main energy distributor in Slovakia, has not commented on the information. The company, which is owned by the state (34 percent), Italian Enel (33 percent) and Czech Energetický a Průmyslový Holding, is still discussing the report on the completion of the two blocks, said its spokesperson Jana Burdová.

The changes, however, concern only an update to the schedule and the budget which cannot be published at this phase, she added, as reported by Sme.

The Economy Ministry has also refused to comment on the information. Minister Peter Žiga (Smer) plans to visit the power plant in the following days, however.

“He will comment on this topic and other steps after this visit,” ministry spokesperson Maroš Stano told Sme.