The forward and winner of three Stanley Cups is only the third Slovak to achieve this success, and the 44th in all of the NHL. 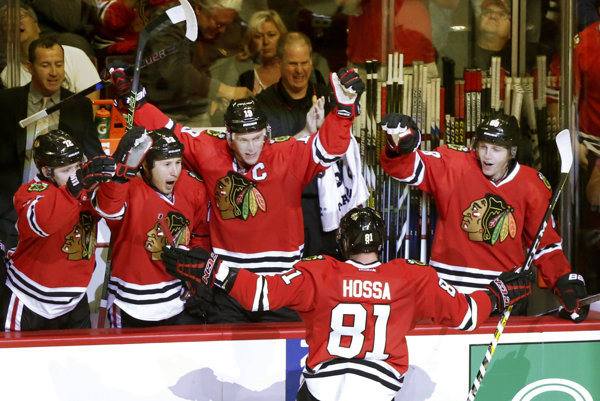 Forward Marián Hossa (37) scored his 500th career goal in the NHL. He is the third Slovak to achieve this success. Before him, only Stan Mikita and Peter Bondra scored more than 500 goals, both playing for Chicago Blackhawks, the Sme daily reported.

He also contributed to the victory of his Chicago Blackhawks team over Philadelphia Flyers 7:4. After scoring the goal, making the score 4:0, he skated over to Chicago’s bench, where he was greeted with smiles, handshakes and hugs.

The crowd of 21,263 at the United Center roared when the milestone goal was announced, and Hossa waved his stick to acknowledge the standing ovation.

“To tell the truth, it is simply a great feeling,” Hossa said, as quoted by the TASR newswire, thanking his fans for the great response.

The forward has been waiting for his 500th goal for nearly seven months as he last scored on March 29 in the match against Minnesota.

“I am glad this is over,” Hossa said, as quoted by TASR. “I can now focus on future matches, and so can you.”

Hossa scored his first NHL goal as a player of Ottawa Senators in the season 1998-1999. Since then he has played for several teams, including Atlanta and Pittsburgh. In the jersey of Chicago Blackhawks he has already won three Stanley Cups, and it is possible he will end his career in the club, TASR wrote.