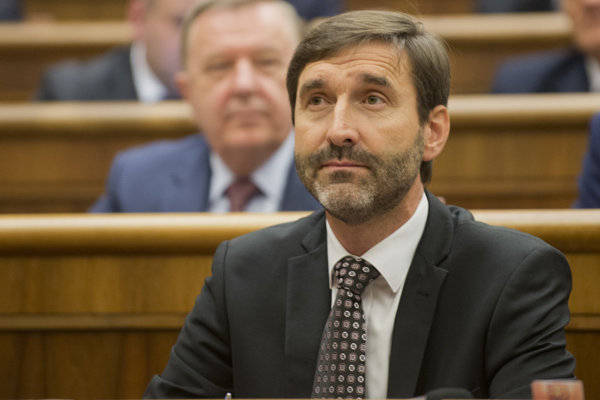 Two years after the scandal surrounding the overpriced CT device purchased for the Piešťany hospital brought down one of Smer’s top politicians, reports have surfaced concerning similar purchases in another region.

MP Miroslav Beblavý reported on October 10 that the regional government in Žilina, headed by governor and MP Juraj Blanár of Smer procured two CT devices for its hospitals in Trstená and Liptovský Mikuláš for a price that was €825,000 higher than the price offered by a competitor in the procurement tender. Governor Blanár insists that everything was done in line with the law and that none of the tender participants complained about the tender conditions prior to the auction.

Yet the National Criminal Agency (NAKA) has confirmed for Denník N that it intends to check on the procurement of the CT devices.

Even though there was an electronic auction for the order, the offer that in hindsight proved to be the most expensive from the three participants in the auction, won it, Beblavý claims in his analysis of the procurement tender.

This conclusion results from the fact that the regional government ordered both the device and the post-guarantee service for it. The company INTES Poprad, which supplies CT devices made by the American company General Electric, won the procurement for the device at a price of €790,000, compared to the offers of its two competitors, Siemens (€1.447 million) and SaT Slovakia (€1.603 million). Blanár signed the contract with the winning firm on December 21, 2011.