Finance Minister Peter Kažimír set off on October 19 for a three-day tour of the four countries that form the European Free Trade Association (EFTA) – Liechtenstein, Switzerland, Norway and Iceland. 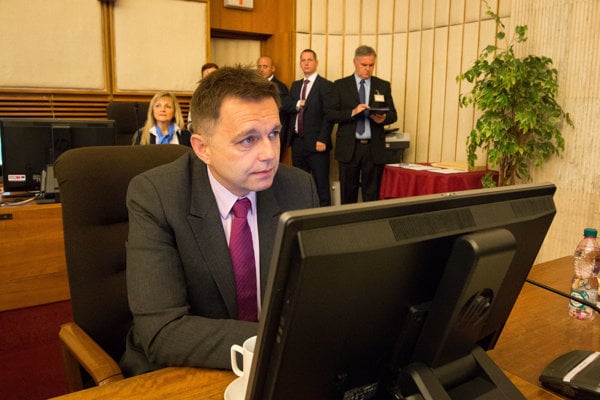 “With his partners, he’ll discuss the upcoming November meeting of the finance ministers of the 28 EU-member states and the EFTA countries dedicated to investments and to the issue of economic growth,” the ministerial press department informed the TASR newswire, with regard to the annual meeting of the ECOFIN Council scheduled for November 8. According to the ministry, Kažimír will also discuss migration and Brexit at individual meetings.

“Current economic developments in Slovakia and issues related to Slovakia’s ongoing Presidency of the EU Council are also on the agenda,” TASR cited the ministry.

Kažimír’s tour starts with an official visit to Liechtenstein, during which he will meet the country’s Prime Minister and General Government Affairs and Finance Minister Adrian Hasler. Negotiations will then continue in Switzerland with Swiss Finance Minister Ueli Maurer. These talks will focus on, among other matters,  the global fight against tax fraud and increasing the transparency and predictability of tax environments.

On October 20, Kažimír will meet his Norwegian counterpart Siv Jensen to discuss mutual investment support within the EU. Slovakia will also touch on the draft of an agreement between the EU and Norway concerning cooperation in fighting tax fraud, especially VAT fraud.

The series of working meetings will be concluded on October 21, when Kažimír meets Iceland’s Finance Minister Bjarni Benediktsson.