Minister Miroslav Lajčák stressed that Slovakia recognises and respects the one-China policy i.e. the position that Tibet is a legitimate part of China. 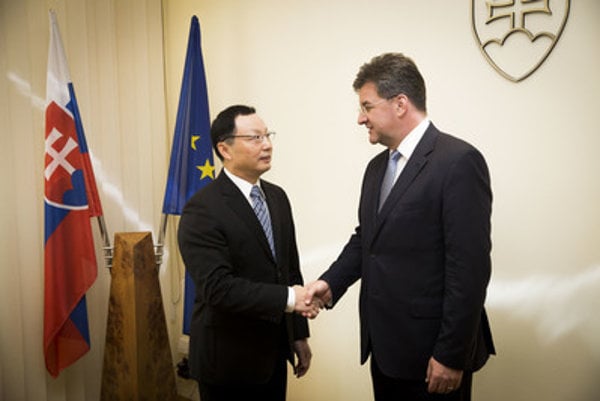 The meeting on October 19, was China’s response to the Dalai Lama’s recent visit to Slovakia, ministry spokesman Peter Stano informed the TASR newswire on the same day.

“The minister also declared that Slovakia cares about its good relations with China and that we’re also interested in their further development, particularly in the sphere of economic cooperation,” the spokesman said.

Lajčák stressed that the Dalai Lama’s visit to Slovakia was only for private reasons and it occurred as a result of a private individual’s invitation, with the government not involved in its preparation or execution.

The Slovak minister also sent, via the Chinese Ambassador, a letter to his Chinese counterpart Wang Yi, which reads that the Slovak president, government and all Slovak officials fully respect the sovereignty and territorial integrity of the People’s Republic of China and subscribe to the one-China policy.

Last weekend’s meeting between President Andrej Kiska and the Dalai Lama will surely generate negative consequences for Sinai-Slovak relations, Lajčák opined. “These are matters that the Chinese won’t leave without a response,” the minister said after the Government session earlier in the day. 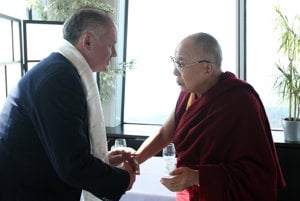 China summoned the Slovak charge d’affaires in Bejing twice on October 18 over the visit, the FAM said. Before Kiska’s meeting with the Dalai Lama, Lajčák talked with the president, although he refused to reveal any details of the conversation. “Mr. President explained his motivation to me and, in turn, I warned him about the risks,” he said.

Kiska met with the Dalai Lama on October 16 at a private lunch outside the Presidential Palace however, Lajčák claimed that China does not distinguish between private and official meetings.

There are plenty of ways in which China could respond. “Restricting relations or cooperation, suspending projects,” Lajčák gave as examples. “We have an active political and economic dialogue with China so basically this will become apparent in some way.” Slovakia will be harmed not only because of the size of China’s economy but also because it is a global superpower and a permanent member of the UN Security Council and is angry with Slovakia at the moment, said Lajčák, adding that this will damage relations, and he regrets that. 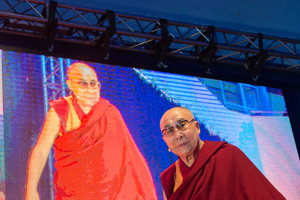 Read also: Dalai Lama: The change will take a long time but we need to start it now Read more

The Chinese Foreign Affairs Ministry put out a statement on October 17 warning that China will retaliate against Slovakia over the meeting. The ministry also said that Kiska ignored China’s “strong opposition” to the meeting, which was contrary to Slovakia’s promise to pursue a one-China policy. Kiska responded that the meeting was in no way meant as a challenge to Slovakia’s unequivocal attitude towards the one China policy.