Yellow is for sunny weather, blue for rain, green for cloudy weather and red for strong wind and very unfavourable weather 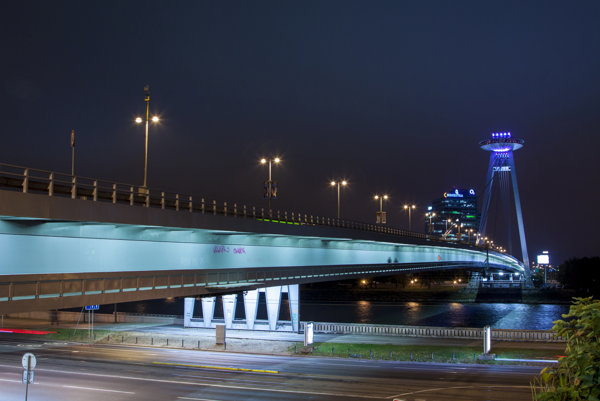 The SNP Bridge with the UFO restaurant atop has now been given an additional task. As of mid October it will inform Bratislavans about the weather forecast for the next day. The illumination project of Ondrej Riečičiar from the Siemens company, is one of the projects from the Urban Interventions initiative from 2015.

“The SNP Bridge is one of the main dominant features of Bratislava,” said Riečičiar. “Thus we proposed to illuminate the top of the bridge with four different colours depending on the weather forecast for the following day.”

Workers at Siemens and representatives of the city council have been working on the installation and the setting of the lights at the UFO restaurant on top the bridge and at public transport stops underneath the bridge since the summer. The illuminations were officially launched on the evening of October 16.

“Also after the positive experiences and the successes of the White Night festival and the Festival of Lights, I am glad that we have such an illumination permanently installed on such a dominant feature as the SNP Bridge,” said Mayor Ivo Nesrovnal during the official launch. 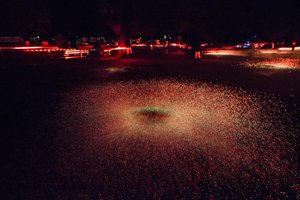 Slovak experts programmed the lighting in cooperation with German colleagues. Coloured lights are lit each night, every 15 minutes, for five minutes in the colour indicating the forecast made by meteorologists for the next day. During the remaining time the illumination will be white, Richard Procik from Siemens explained. They installed 44 LED reflectors in total.

The yellow colour is for sunny weather, blue for rain, green for cloudy weather and red for strong wind and very unfavourable weather.

“Ten years ago we could hardly imagine connecting the weather forecast with street lighting,” said Procik.