The police have created special rooms for detaining people that are not proper police cells, meaning that no legal rules apply to them, Ombudswoman Jana Dubovcová says. 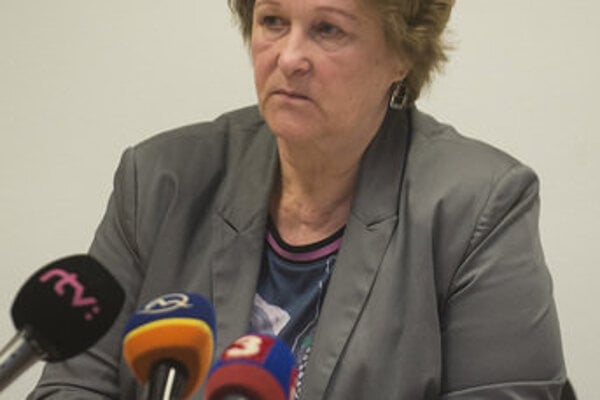 She explained that the cells are only parts of corridors separated off by bars. There is usually only a chair, a window and some straps for restraining a prisoner. Such constructions are illegal but the police use them on a daily basis.

On October 19, Dubovcová submitted a report to parliament asking for their immediate removal.

“It’s an ultimate violation of basic human rights concerning a great number of people," she argued, as quoted by the TASR newswire. “The police use them as part of their regular routine, and that’s unacceptable in a democratic state with rule of law,” stressed Dubovcova. “It’s of utmost priority to dismantle these facilities and to abolish such practices. Otherwise, this will exclude Slovakia from the group of European democratic states.”

In 2014, the ombudswoman decided to take a closer look at the conditions at police stations. The survey included 19 facilities where it was found that police were using illegal cells. Dubovcová also registered four complaints from people who were held in such conditions. It has also been proven by a recent case that a man was almost beaten to death in one of these facilities. He was then left for more than 24 hours without access to water or a toilet, without any possible way to call for help. Moreover, he underwent a thorough medical examination earlier on the day of his detention, including X-ray and other scans, and no injuries were recorded. When released, he had bruises all over his body, injuries on his head, arms, kidneys and thighs, and two ribs and vertebrae broken, the SITA newswire wrote, adding that the case was from May 2016 and the man involved was a Roma.

“If the state gets a person in its grip in a certain condition, and after it has him in its power his health condition is markedly worse than before the state took him, the state always has to adequately explain what and why it happened,” the ombudswoman said, according to SITA. In this case, this has not happened yet; the case is still being investigated.

Tomáš Čitbaj of the Ombudsperson’s Office pointed out that it is clearly stated in the law that the only legal way to detain a person is at a police station in a proper police cell. “No other procedure can be applied by the police. This stems from the Slovak Constitution, which states that no one can prosecute or encroach on another person’s freedom for any other reason or in any other way than what is stipulated by law,” said Čitbaj for TASR.

Areas that are not proper cells but are used by the police to detain people can be found at almost every district police station, said Interior Minister Robert Kaliňák in response to criticism by Dubovcová.

“These are areas for detaining on a temporary basis individuals that are dangerous to their environment and could injure people, injure themselves or are viewed as an escape risk," the minister said, as cited by TASR. “They are classic cells, although without the standards seen in proper cells for preliminary detainment.”

The interior minister claims that the dispute with the ombudswoman over the matter goes back several years. He pointed out that even the European Committee for the Prevention of Torture and Inhuman or Degrading Treatment or Punishment has sided with the ministry and police. “The Committee came to Slovakia for an inspection and ruled that these things are in order, giving us some recommendations,” said Kaliňák. The Committee objected to the manner in which detainment areas are used, but not to their existence per se.

”It recommended that we pass measures concerning the way [in which they are used],” the ministry claimed. “Due to the lack of space and inadequate equipment, most of the areas in question were found to be inappropriate by the committee for detainment lasting longer than a few hours.” According to Kaliňák, both the recommendations of the committee and the ombudswoman will be accommodated.

The minister conceded that in some cases the detainment areas are small and lack “standard infrastructure”; however, these inadequacies are expected to be remedied during a renovation of district police stations planned for the near future. “These spaces will undergo a certain amount of reconstruction, but all this requires time and money, and we need to invest the latter in accordance with individual priorities,” said Kalinak. Detainment areas were created following criticism by human rights organisations of the police practice of handcuffing certain individuals to handrails.

The police often lock people in rooms with bars which are reminiscent of cages. There is no water, no toilet and these people even do not have a chance to make a phone call. Moreover, they are often cuffed to the bar in the wall, according to the ombudswoman’s report. They allegedly also use these spaces for beating the prisoners. It is hard to learn what happens in them as there are no cameras. Kaliňák promised to try install cameras in these rooms, both to answer the issue of adequacy and legitimacy of each police intervention, and to protect police from false accusations, SITA quoted the minister.

While Dubovcova has been trying to change the rules and stop using the rooms for two years and has even turned to the parliament, the Interior Ministry claims the rooms can be used. It however failed to specify which law allows it, the Denník N daily wrote on October 20.