VW management does not want to get involved in the matter. 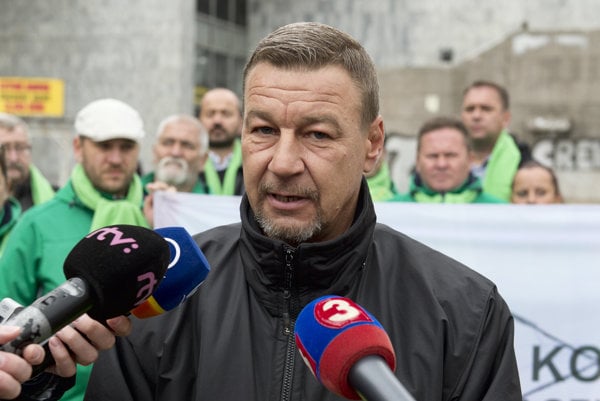 The recently established new trade union organisation at the carmaker Volkswagen in Bratislava has already signed up more than 6,000 of the 8,000 members of the original OZ KOVO trade unions’ branch operating at the factory and signatures are continually coming in.

“This means that most people have switched from KOVO to a modern trade union,” said Zoroslav Smolinský, founder of the new union at Volkswagen and former head of the now dissolved organisation, at a press conference on October 20. “They did so not because they are under pressure, but because they are free in their decision. We have been representing these people for many years, and they’re probably satisfied with our work.”

Elections for specific bodies of the new organisation called the Modern Trade Union Volkswagen, launched on September 18, should take place next year.

Another challenge for the new organisation at Volkswagen is linked to the functioning of the company itself.

“Employees have to be focused and carry out their work correctly,” Smolinský said. “We can’t allow any quarrels among the company management and employees.

He noted that the social dialogue between the company management and representatives of employees must be restarted as soon as possible. 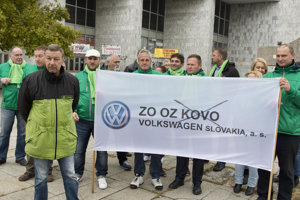 The OZ KOVO board dissolved the largest trade union branch in Slovakia - at Volkswagen Slovakia - on October 11 claiming that the branch violated OZ KOVO’s statutes by excluding one of its members, Koloman Kraslan. Smolinský sees this as a power-driven ambition to take control of the union at Volkswagen and its assets amounting to over €1 million. Smolinský challenged the dissolution of the trade union organisation in court.

OZ KOVO claims that Smolinský along with OZ KOVO’s committee at Volkswagen Bratislava, has constantly violated the union’s regulations, misleading its bodies and disrespecting their decisions. Moreover, OZ KOVO submitted a criminal complaint against Smolinský last week over what it called misleading, scurrilous and untrue statements about OZ KOVO and its chairman Emil Machyna.

The planned meeting of trade unionists and the VW management scheduled for October 17 did not take place. The carmaker’s management does not want to get involved in the matter and will wait for the decision of the court.

Machyna and Smolinský have been in a conflict for years. Smolinský has criticized Machyna for his inability to draw young people into the trade unions. In VW about 70 percent of all 11,000 employees are members of the trade union organisation. Machyna reproaches Smolinský for excluding Kraslan. The latter tried to replace Smolinský at the helm of trade union at VW but failed, the Denník N daily recalled.