A kindergarten also for use by adults, a gothic church without the sediment of inelegance and a sheltered footbridge are among the winners of the CE∙ZA∙AR architecture prizes. 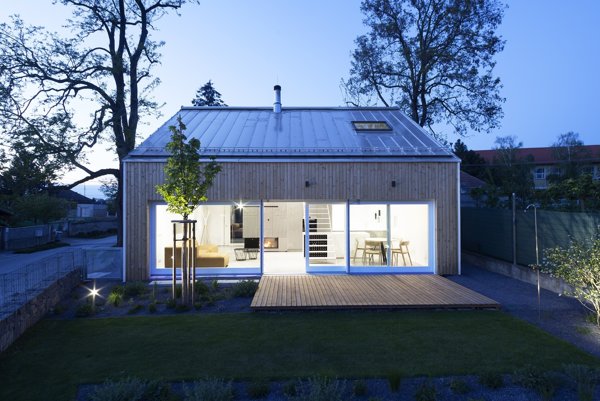 One of the winners of CE∙ZA∙AR 2016, the family house under Calvary in Veľké Úľany. (Source: Courtesy of the Slovak Chamber of Architects.)
Font size:A-|A+4

A kindergarten also for use by adults, a gothic church without the sediment of inelegance and a sheltered footbridge are among the winners of the CE∙ZA∙AR architecture prizes, 2016 that the Slovak Chamber of Architects (SKA) awarded for their 15th jubilee, the Denník N daily reported.

The winners in six categories – family houses, apartment blocks, civic and industrial buildings, renovation and rebuilding, interior and exterior – are depicted with simplicity, attention to detail, precise adaptation and interest in those people for which buildings were designed. The motto of the year could be appropriateness and professionalism, said architect and jury member Štefan Moravčík.

“It seems to me that the trend is generally moving from pomp and demonstration of uniqueness to such fairly normal values,” said Moravčík, as quoted by Denník N.

Prizes in each category go to the family house under Calvary in Veľké Úľany by Peter Šercel and Andrej Švec, the Avana apartment blocks in Stupava by Matúš Polák, Martin Rezník, Silvia Kračúnová and Juraj Makový, the Guliver kindergarten in Banská Štiavnica by Richard Murgaš, the interior of the Roman-Catholic Church of St. Lawrence in Brutovce by Tomáš Bujna, the Slávica store by Andrej Olah and Katarína Labáthová and the footbridge with shelter on Straník hill in Žilina by Michal Marcinov, Andrej Badin, Zuzana Demovičová, Peter Lényi, Ondrej Marko and Marián Lucký, a press release stated. 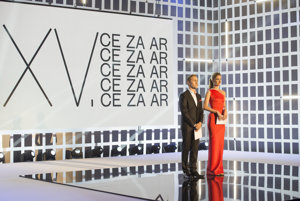 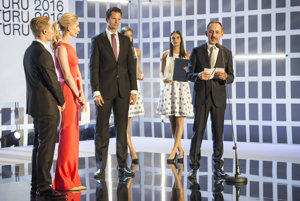 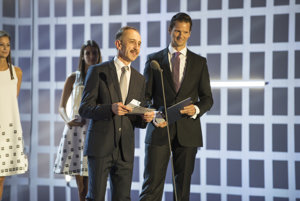 A special public prize that people chose by online voting on the Hnonline.sk web-portal goes to Maroš Fečík and Filip Kandravý, for their interior of the post-production studio in the multifunctional centre in Bratislava.

“We tried to find our own identity because in some architectural fields everyone has become too international,” said jury chairman Roman Rutkowski, as cited by Denník N. “In architectural creation it is good to remember who we are, where we come from and where our roots are.”

In addition to the traditional categories, SKA awarded for the first time the so-called ‘Patron of architecture’ for a special contribution to the development of architecture. The prize goes to the current mayor of Leopoldov, Terézia Kavuliaková, and her predecessor Milan Gavorník for the announcement of the largest architectural competition for a public building in the era of an independent Slovakia, the press release wrote.